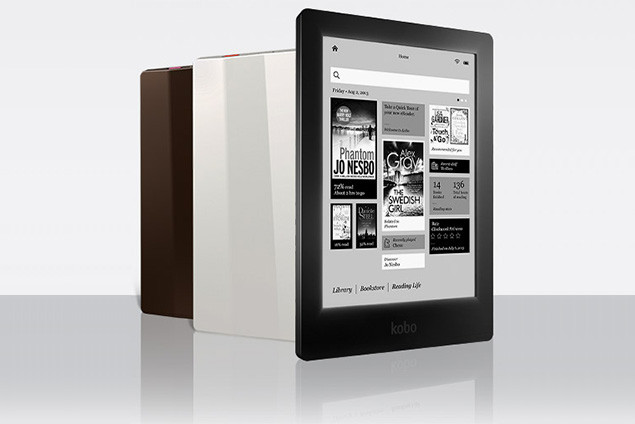 It’s headlining feature is its sharp screen, with a 265ppi – a fair sight sharper than even Amazon’s Kindle Paperwhite and its 212ppi screen. There’s also a Paperwhite-style backlight.

It’s also quite large for an eReader, stretching 6.8-inches across, making for a screen a little larger than your average paperback. Whether this is a blow or a boon is up for debate – we’ve always liked our eReaders compact enough to fit inside a jacket pocket, but there will be plenty who appreciate a bit more screen real estate to accommodate larger fonts.

Speaking of fonts, the Aura HD offers 10 different text styles in 24 different sizes, as part of a revamped Kobo interface that includes a new homescreen tuned to make the most of the high-definition screen.

Under the hood sits a 1GHz processor and 4GB of storage, which should be more than enough to hold a sizeable eBook library. If you’re hankering after more space, up to 32GB can be added through microSD.

All Kobo’s is an open eReading platform too, allowing you to easily transfer existing eBook purchases and DRM-protected epub documents to the reader.

“To us, the Kobo Aura HD is the Porsche of eReaders and is designed for those in the driver’s seat of their eReading adventures,” said Wayne White, EVP and General Manager of Devices, Kobo.

“It’s fast, powerful, and sleek and pushes the boundaries of eReading the same way our Readers do – together, they’ll know no bounds as they find their next great read.”

Working against the Kobo Aura HD however will be its price. Selling for £139.99, that’s £20 more expensive than the Wi-Fi Kindle Paperwhite, though Amazon’s eReader is considerably smaller.

Hitting stores in the UK and Canada from 25 April 2013, you can pre-order the Kobo Aura HD online now.