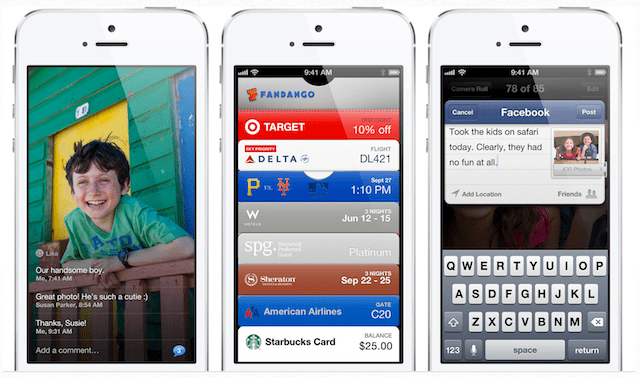 A newly-leaked carrier roadmap has made its way to French tech blog Nowhere Else that suggests the iPhone 5S will be available to pre-order on June 20.

The document, intended to aid shopfloor sales assistants for Japanese telecom KDDI’s “au” wireless service, states that employees should be ready for a June 20 launch ahead of July shipping dates and an in-store sales push.

A few other details are shared in the document, including “confirmation” of a 13MP camera and the inclusion of iOS 7.

Is the document legitimate? The laminated sheet is said to closely mirror the “cheat sheets” that forgetful in-store sales assistants refer to when pushing new products on customers. But considering they’re often printed at point of sale from widely-circulated PDFs (usually only with a company header changing between rival stores) this wouldn’t have been too difficult to fake.

The details do ring true with previous leaks concerning the iPhone 5S though – iOS 7 is pretty much a given we’d say, and many analysts are expecting a 13MP camera.

The dates too seem plausible. Apple’s WWDC event is set to take place on June 10, lasting till June 14. If the iPhone 5S were to be revealed there, the June 20 pre-order date would be a sensible week after the unveiling.

However, during Apple’s latest earnings call, CEO Tim Cook did point towards Q3 as being the company’s month for “surprises” and innovative new products. With that in mind, either the June 20 date is wrong, or Apple have something even more exciting than a new iPhone up their sleeves for later this year.