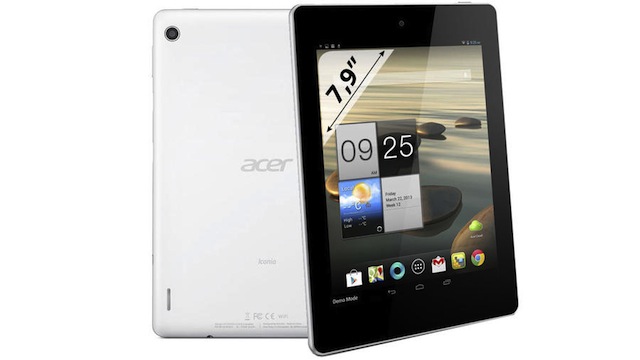 Acer are looking to take a bite out of the iPad Mini and Google Nexus 7’s tablet market share with their new Acer Iconia A1-810 tablet, leaking today to French site Rue du Commerce.

Running at 1024 x 768 resolution, it’s looking particularly nifty thanks to the inclusion of a 1.2GHz quad-core processor – not often seen at that price. 1GB of RAM is also included, with 16GB of built-in storage. Android 4.2 Jelly Bean is the operating system in use, with a 5MP camera on the rear and 0.3MP camera on the front.

No official release date or pricing in yet, but we’re hearing whispers of a June launch.