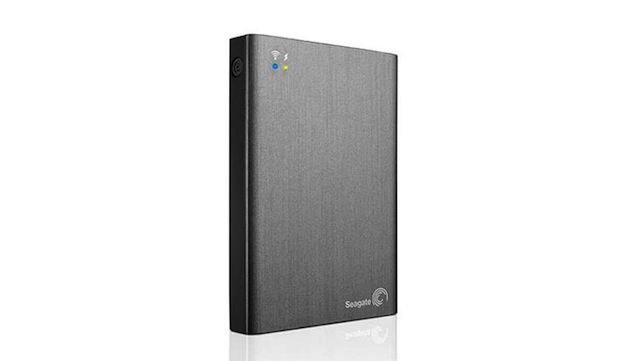 Forget a 64GB iPad; Seagate want to give you an extra 1TB of storage space to go along with your Apple tablet.

Launching the 1TB Seagate Wireless Plus hard drive alongside 2TB, 3TB, and 4TB Wireless Central drives, the networked-attached storage (NAS) units connect to your home network, letting you transfer files to and from an iPad if you’re squeezed for space.

Replacing the outgoing, GoFlex Satellite, the new units have the key advantage of letting users upload files from an iPad direct to the drives, something the Wireless Plus and Central’s predecessor lacked.

Also compatible with Android, PC, Mac and Samsung TVs, the drives support 802.11 b/g/n wireless standards, and have a built in battery good for 10 hours of on-the-go streaming of three simultaneous feeds direct from the drive. Giving it’s unlikely you’ll be running three video feeds off the devices at once, you’ll probably be able to squeeze a few more hours juice out of it.

Support for AirPlay and DLNA protocols mean the drives should play nicely with most home cinema kit too.

The drive also creates its own ad-hoc network, letting it act as a Wi-Fi range extender by connecting to your home network before pumping data to your tablet, phone or PC. Up to eight users can connect at once.

Keep an eye out for these in stores by May, with prices starting at £191.