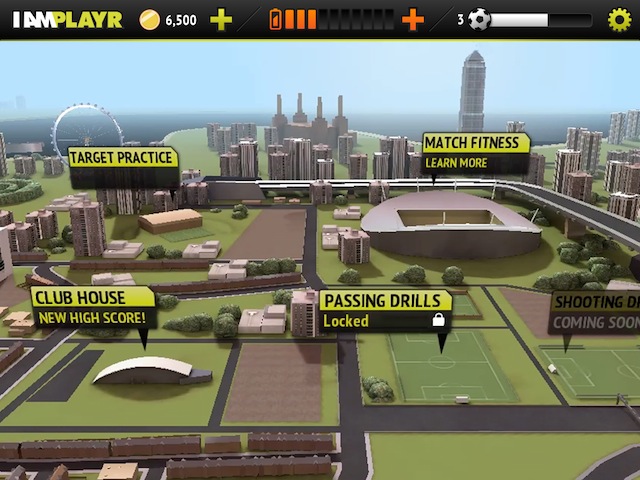 Not content with snapping up over 8.4 million players through its web and Facebook games, We R Interactive’s casual football sim I AM PLAYR is now available as an iPhone and iPad app too.

A free-to-play title that mixes action mini-games with role-playing elements and professionally shot, star-studded broadcast-quality video footage, I AM PLAYR already offers gamers the chance to fill the boots of an up-and-coming young football star as he signs his first professional contract with River Park FC, with the aim to make him as valuable to the club as possible. 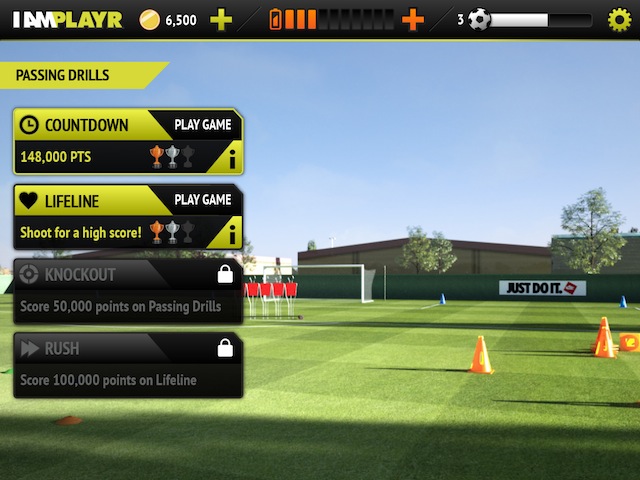 The new I AM PLAYR Mobile app acts as a supplementary experience to the desktop game. It focusses on mini-games, letting you flick and swipe your way around a number of training pitches, with drills including target practice and passing practice. While the free-to-play nature of the app means that each mini-game is time-locked (in-app purchases allow you to play whichever drill you prefer, as you please), the game is designed in such a way that there is always at least one available training game to play through.

Though the game can be played as a standalone diversion, I AM PLAYR Mobile is at its best when tied to an account with the desktop version of the game. Those who play I AM PLAYR through Facebook or various other browser-based portals will be able to use the mobile app to boost their I AM PLAYR Match Fitness on the go. I AM PLAYR desktop players already play the social game for an average of 44 minutes per day, with the new app designed to keep them in the I AM PLAYR universe for longer still. 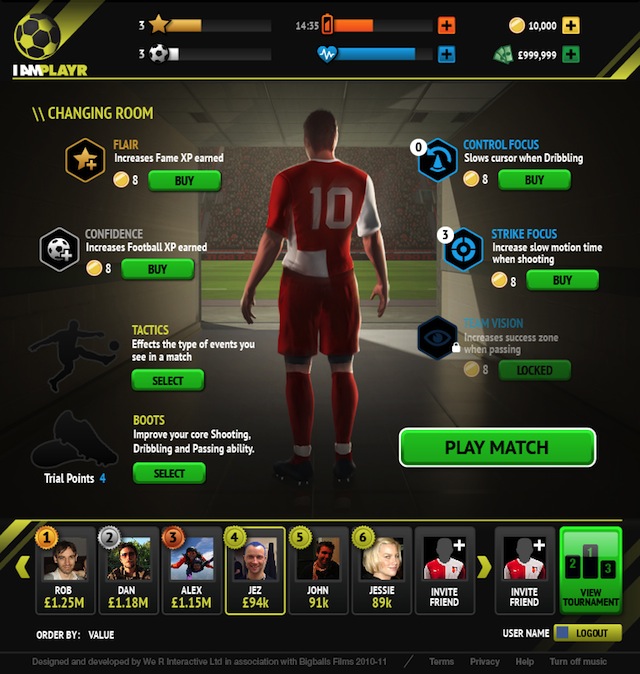 I AM PLAYR will face stiff competition on the iPhone and iPad from New Star Soccer, a game we heralded as one of the most addictive gaming apps of all time. But while New Star Soccer sports charming retro graphics, I AM PLAYR trumps it when it comes to presentation. While the iPad/iPhone version of I AM PLAYR has full 3D graphics, it comes into its own on its companion web version, where video footage is seamlessly integrated into the gameplay. Footballing stars like Steven Gerrard, Theo Walcott and Aaron Lennon, alongside a whole cast of actors, allow I AM PLAYR to deliver a rich, interactive storytelling experience. Over 250 video clips feature in the game. During these video cut scenes (including behind-the-scenes dressing room moments and nights out at glitzy showbiz parties) players will often be faced with multiple choice dilemmas that, depending on the path they take, will have a bearing on the success of their in-game careers. 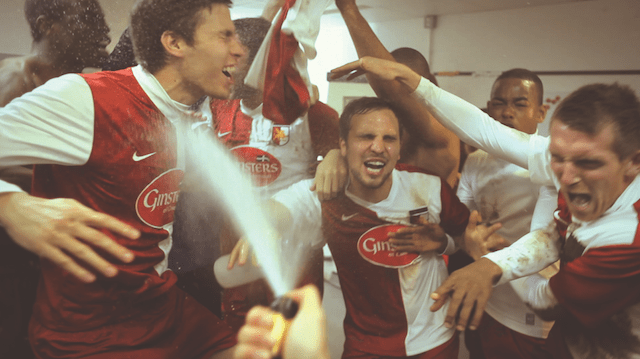 Though in-game purchases can be bought with real money to help speed up skill unlocks and career progression, patient players can make it through the game without paying a penny if they chose to do so. While in-game microtransactions certainly help boost We R Interactive’s revenue streams, it’s not the sole monetising element in the game. As in real life, there are plenty of real-world brands looking to court the football players of I AM PLAYR, and gamers will regularly be offered sponsorship opportunities for their player. The likes of Nike, Gillette, Alfa Romeo and Red Bull all feature. It’s a subtle way of putting advertising into the game, but in the context of the footballing world (where so many stars have numerous sponsorship contracts) it feels natural and welcome. 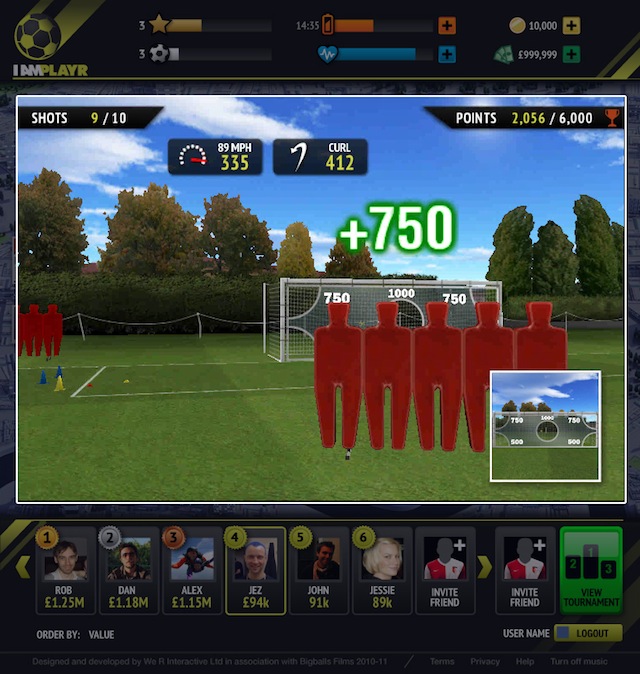 More than 15,000 new players join up to play I AM PLAYR every day, and if the iPhone and iPad versions pick up steam those numbers may spike quickly. The social/casual gaming markets and mobile gaming markets are incredibly competitive, particular the free-to-play space. But We R Interactive’s obvious love of the beautiful game and I AM PLAYR’s top-notch presentation looks to elevate the game beyond the usual freemium grind.

For more on I AM PLAYR, visit www.iamplayr.com. To grab the new I AM PLAYR Mobile app, click here.