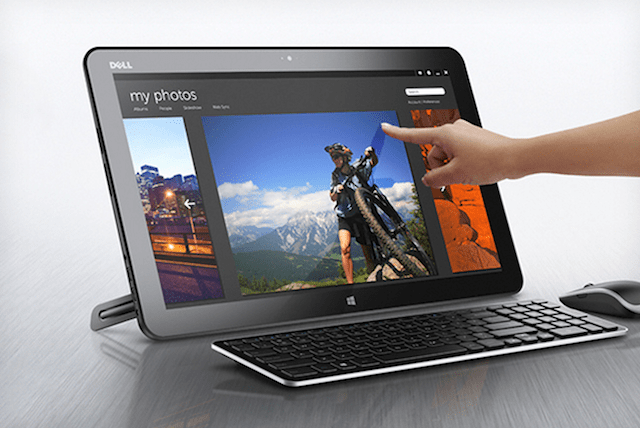 Dell’s latest attempt to bring the worlds of mobile touch and desktop computing together have been on show at this year’s SXSW festival.

The company have been showcasing their new XPS 18 All-in-one machine, an 18.4-inch Windows 8 computer with touchscreen smarts and a kickstand, letting it work as comfortably as an on-the-go tablet as it does a stationary desktop computer.

Well, as comfortable as an 18.4-inch machine ever is – it’s hardly iPad Mini portable, but weighing less than five pounds at least it wouldn’t give you a hernia trying to move it about.

Aside from the full HD resolution of the screen and the near-certain baked in flash storage, little is known about the XPS 18 All-in-One. We’ll keep you posted with full specs, pricing and release info as we get it.