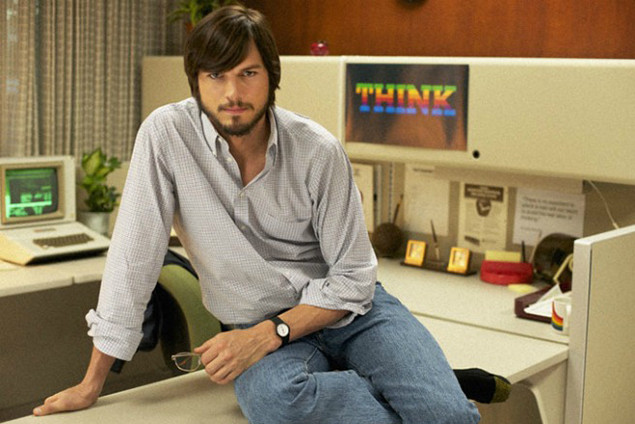 Originally slated for release on April 19th (and previewed at the Sundance Film Festival back in January), the film no longer has a firm release date.

According to Vulture, the reasoning behind the move is that “it appears the studio wanted more time to market the film,” so the movie still seems on track for a general release at some point. Expect it to turn up towards the end of the year when Oscar season starts to kick in – we know the Oscar judging panel loves a good biopic (here’s looking at you Lincoln, Ray, Walk The Line).

Kutcher takes the lead role of Apple co-founder Steve Jobs in the movie, focussing primarily on the company’s founding. Apple are not involved with the film in any official capacity.

If you still need a Steve Jobs movie fix, why not check out 1999 made-for-TV movie Pirates of Silicon Valley? It stars Noah Wyle as Steve Jobs (with Joey Slotnick as Steve Wozniak and Anthony Michael Hall as Bill Gates), and looks at the early days of Apple and Microsoft. I can’t say I’ve seen it myself, but by all accounts Noah Wyle is very good as the late Jobs.