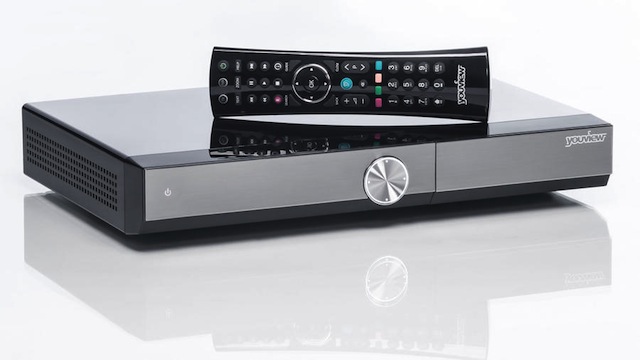 YouView boxes not shiny enough for your sci-fi living room? Then check out the new Humax YouView box, the DTR-T1010.

Replacing the original DTR-T1000, it’s a purely cosmetic update, replacing the plasticky finish of the T1000 with a slick new silver sheen.

Specs-wise, the box remains the same as its predecessor. Running off the YouView platform, the box brings live TV and catch up TV together through one seamless interface, allowing you to scroll back seven days and grab missed shows through web-connected catch-up portals, as well as offering storage space for recording live TV, as well as pausing and rewinding shows broadcast live.

Available in two storage sizes, the 500GB edition will set you back £300 and the 1TB model a mere £30 more – a steal considering that’s double the TV shows that you’re able to store.

You’ll find the new Humax DTR-T1010 in John Lewis, Currys Digital, Argos, Amazon, Richer Sounds and Euronics stores, though those looking for a bargain should look to seek out the the departing DTR-T1000, offering the same features at a likely lower price now.