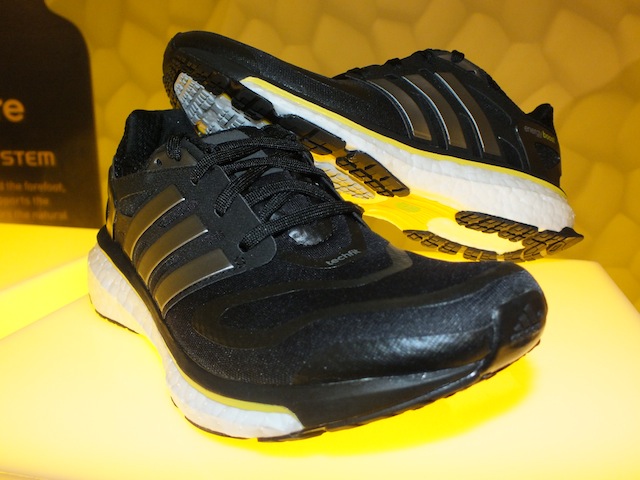 Tech and fitness – two worlds becoming ever-more closely entwined. From the apps in our phones to the materials on our feet, there’s just as much innovation being wrapped around your toes as there is in your shiny new tablet. Making sure they stay ahead of the curve in this increasingly competitive market are Adidas, who today revealed Adidas Boost, a brand new range that they consider to be the ultimate in running trainers.

The Adidas Boost trainers get their name from a new material used in the sole, created by Adidas partners BASF. Each Boost sole is made of TPU, a granular material blasted in to thousands of tiny separate pieces before being moulded back together, giving the range a unique bouncy feeling with every stride. Like a memory foam, the sole can compress and push back into its original form with every step, storing far more energy used in each downward push of your foot than a standard EVA sole and projecting it back up as you release. It means that wearer can run faster, further and for longer. 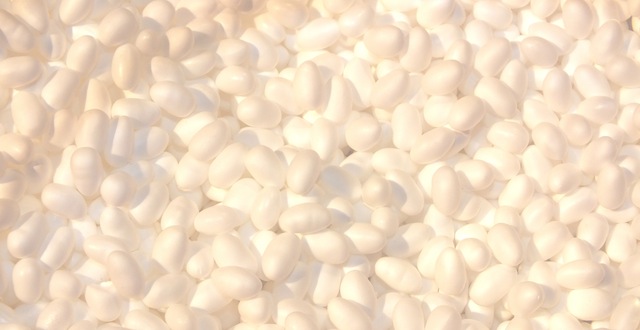 “Boost is a revolutionary material which combines the usually conflicting performance benefits of soft and comfortable, on the one hand, and firm and responsive cushioning, on the other, for the most comfortable run ever,” said Bernd Wahler, Head of Innovation.

“It almost makes the shoe come to life, and you will feel it from the first moment you put it on.”

Wahler’s comments are undeniably true; we’ve been wearing a pair of Adidas Boost for the past few hours now, and there is a noticeable bounce added to your stride as you walk about in the shoes. Though we’ve yet to test them on a full-blown run, they’re light and bouncy, but not so much as to feel unnatural. Indeed, we ran for a bus on the way home in them and didn’t miss it, so not a bad start!

Away from the Boost sole itself, the upper part of the shoe hugs the foot nicely too, using a durable but flexible elastic polyurethane that can accommodate unique feet shapes in a form-fitting way, as well as supporting the feet with a breathable mesh.

The Boost sole is also three times more temperature-resistant than standard EVA material, meaning it won’t stiffen or soften as much in harsh weather, giving a more consistent run, even at temperatures as low as -20 degrees Celsius.

Looking at the design, the range will initially launch with a black trainer with white sole and yellow highlights, complete with the iconic Adidas three stripes on the sides, here used as added support. In an interesting move, the shoes are surprisingly stripped back of paints and flash; the design teams are said to have been so proud of the Boost sole that they did not want to cover it up or divert attention from it, leaving the sole exposed along with its polystyrene-like finish. Adidas miCoach users will also find a recess under the insole of the left shoe to house their stat-tracking units too. 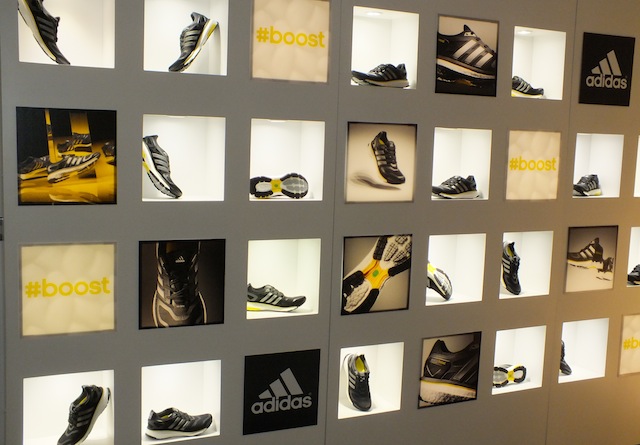 The celebrity endorsements for the range are already rolling in, and there’s few better placed to judge their capabilities than last year’s London Marathon winner Wilson Kipsang. He’ll be wearing a customised Boost-packing pair of trainers during this year’s race. A number of Premiership football teams with Adidas behind their kit are also using them during training sessions.

Adidas also revealed today a new design called SpringBlade, using much of the same technology, but with the sole cut in to blades, not unlike the prosthetics worn by Paralympic athlete Oscar Pistorious. Touching down in August, they’re designed to give you increased launching abilities, further pushing your best times and best likely best leaps too.

Though August is a little way off yet, you won’t have to wait that long to get your hands on a pair of Adidas Boost. They’ll be launching worldwide from 27 February 2013, priced £119.99, initially in black from Adidas Sport Performance stores, online and at high street retailers including JD Sports.

Scroll down for a closer look at the Adidas Boost trainers in our gallery.