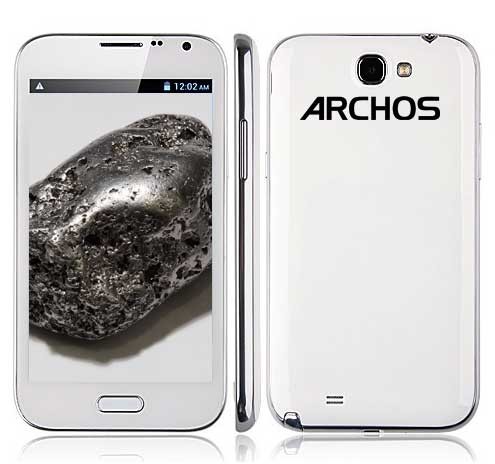 Archos are all set to spread their wings this year, moving beyond their staple Android tablet range and preparing a new line of smartphones, according to a report by Russian website Hi-Tech.

The flagship device will house a 1.7GHz quad-core processor, running Android 4.1 on a 4.8-inch 1280×800 display. Pictured above, its styling apes the Samsung Galaxy S3, but is expected to land at a relatively affordable $335, or roughly £216, should direct conversion rates apply.

Two more handsets, aimed at even smaller budgets are also said to be on the way, including a 5.2-inch phone with 800×460 display and 1.2GHz processor, and an entry level 3.5-inch mobile with a single core tentatively priced at $120 (£77).

If the rumours are set to be true, expect to see the handsets launch around May, likely to be revealed first at this months MWC conference. No official details or pricing have been released yet, but we’ll keep you posted.