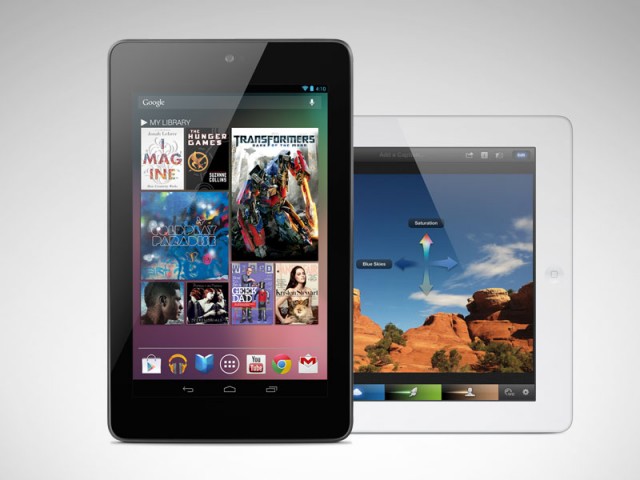 And, rather than just outselling Apple’s own 7-inch iPad Mini model, Google’s Nexus 7 tablet is beating all versions of the iPad in Japanese sales figures.

The figures come from Japanese business daily Nikkei, who surveyed 2,400 electronics stores on sales figures over the Christmas holiday period. During that time, the Nexus 7 snagged 44.4% of the market, compared to a 40.1% share of all iPad sales combined.

Also, stock issues may have came into play, with the iPad Mini in short supply over the Christmas period after a sales rush immediately following its launch. The Japanese love miniature items, especially in tech, which may have came into play when consumers were faced with a choice between a full-size iPad or Google’s smaller unit.

Not that the iPad sales were slowing during this period. Compared to the year before, the entire tablet market had swelled to “2.8 times the size” of twelve months prior, meaning iPad sales had increased overall, just failing to overtake Google’s Nexus 7 in the process.