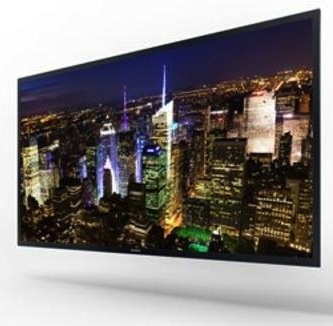 Alongside a raft of handycams, cameras and an impressive smartphone range, Sony have also showed off a few prototype gadgets at this year’s CES. Most impressive was the “in development” 56-inch 4K OLED TV.

The first and largest 4K OLED TV in the world, Sony have used a new “Super Top Emission” technology to overcome the challenge of pushing light through larger OLED glass. It looked incredibly impressive according to experts in attendance, setting a new standard for OLED TVs (despite the fact that the technology is still yet to become available in western stores).

Sony also used the show to reveal new 55 and 65-inch versions of the 84-inch 4K LED Bravia screen that impressed us so much at IFA in Berlin last year.

Looking to lead the 4K field as the televisual revolution kicks into gear, Sony will also be showcasing a 4K consumer camcorder and the first line-up of 4K Blu-ray discs.