We’re just a few short weeks away from the official unveiling of Research in Motion’s new BlackBerry 10 operating system and associated handsets, arguably the last roll of the dice in the smartphone market for the Canadian mobile company. And, as we approach the launch, the leaks are now coming thick and fast, with not one but two handsets, the Z10 and X10, leaking online this week.

Turning our attention first to the Z10, German site Telekom-Presse has had a revealing hands-on with the touchscreen-only handset, revealing fresh details on the smartphone’s hardware.

Rather than the rumoured 4.3-inch screen, the Z10 sports a slightly smaller 4.2-inch HD screen, powered by a 1.5GHz dual-core ARM Cortex A9 processor with 2GB of memory. 16GB of storage is built in, with the handset weighing roughly 125g.

Check out the handset in action in the video above. 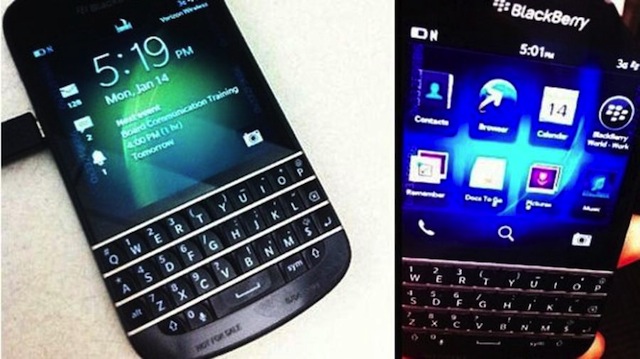 The video follows the leak of images of the “N-Series” BlackBerry X10 on Monday, appearing on the Crackberry forums after being spotted on Instagram.

Forum user “antheauxny” spotted the images after searching for the #BlackBerry hashtag on the photo based social network. Though they reveal little that wasn’t already thought to be known about the handset, they show the QWERTY-keyboard packing phone with its power cord attached, presumably plugged in and charging. The handset lacks a few standard BlackBerry shortcut keys, presumably now handled instead by touchscreen UI controls in the BB10 operating system.

RIM are launching BlackBerry 10 on January 30 after CEO Thorsten Heins first announced the platform back in May 2012. The new touch-focussed operating system has been in the works since RIM purchased the Unix-like QNX operating system in April 2010.

As many as 15,000 new BlackBerry 10 apps are said to be ready for launch thanks to a recent RIM-sponsored developer “port-a-thon”, while the new BB10 range of handsets is said to be varied enough to cover all price points.