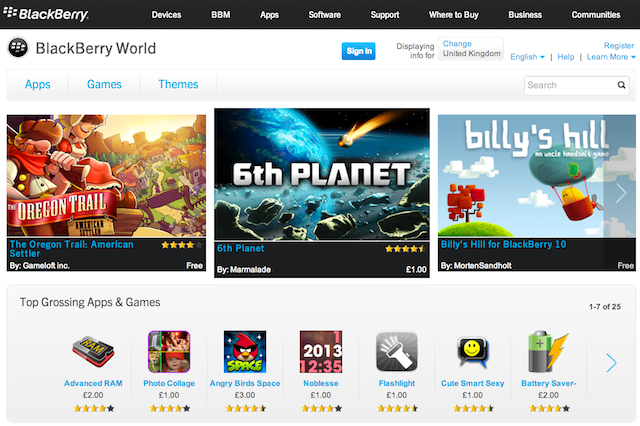 RIM’s BlackBerry App World app store is getting a name change and a makeover, just in time for the launch of the company’s new operating system BlackBerry 10 later this month.

Now simply called BlackBerry World, the app store is expected to be the major storefront for RIM’s BB10 devices, and is set to roll out to existing BlackBerry devices and the PlayBook tablet range too.

The new name and new look is all part of RIM’s efforts to unify the BlackBerry brand, with the “App” part of the name dropped as the store will offer movies and music as well under the same digital roof.

The store is split into channels, including games, apps and themes. Interesting items can be shared to Facebook and Twitter friends, while content can be locally shared over NFC with BlackBerry phones.

Check out the new desktop version of the store by clicking here while we await the store’s mobile reveal as part of the 30 January BlackBerry 10 launch.