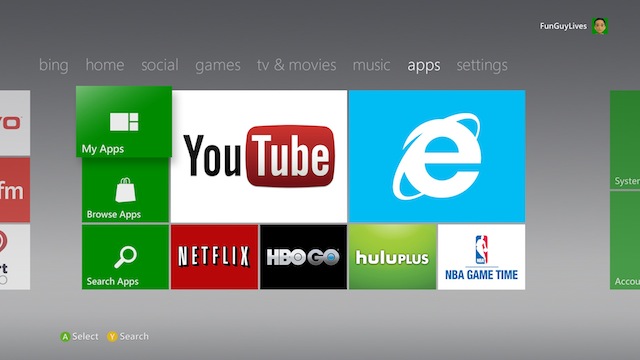 Microsoft have announced that 40 new apps will be landing on the Xbox 360 through Xbox Live by next Spring, with several due to hit the UK service in the next few days.

Top of the list is SkyDrive, Microsoft’s cloud storage service, which will let you view your remotely stored photos and videos through an Xbox 360 console.

Napster’s music streaming service will let subscribers access all their saved playlists (an interesting choice from Microsoft, seeing as it’s a direct competitor to their own Xbox Music service), while Karaoke will let users sing along to 8,000 songs, putting their avatars on a virtual stage and offering Xbox SmartGlass support.

Other apps set to hit the UK in the coming months include Deezer and what’s presumed to be a shopping app from Sainsbury.

It looks as though Microsoft are really trying to bolster their app offering in the next year, giving a strong indication of what to expect the Xbox 720 dashboard to look like.

Worldwide, the full list of new apps set to land on the Xbox 360 before Spring 2013 looks like this: