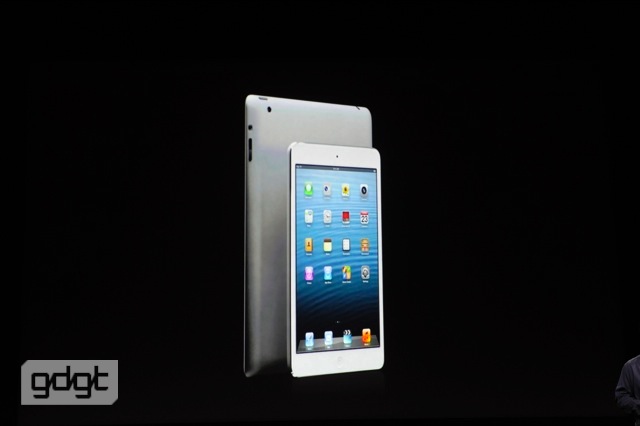 At an exclusive event in San Jose, California today, Apple has announced a new addition to the family: the iPad Mini.

Only a month ago Apple proudly presented the iPhone 5 and, in what seems to be a rush to make sure they get included in all fanboys and fangirls’ Christmas lists, the tech giant now unveiled yet another glittering device.

Having sold 100 million iPads in just two and a half years, the iPad Mini is 7.9 inches and is an entirely new display. You can hold it with one hand, it has the same curving back as the iPod touch and comes in both black and white.

It’s 7.2mm thick – that’s as thin as a pencil – and weighs in at .68 pounds, half as light as a fourth generation iPad and apparently the weight of a pad of paper.

The iPad Mini also has front and rear cameras – like the iPhone 4 and 5 – and is compatible with all iPad apps.