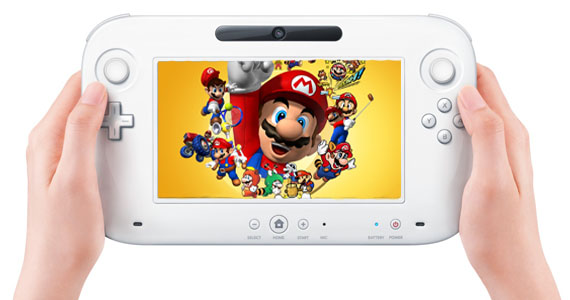 The internal specifications of Nintendo’s forthcoming Wii U console have leaked online, bringing with them a surprisingly low amount of onboard storage space.

A mere 8GB of storage will be built into the Wii U console, with Nintendo instead asking consumers to use an SD card clot for expansion. SD cards up to 2GB in size, and SDHC cards up to 32GB will be compatible with the new console. The console will also be able to conenct to external hard drives over USB. The lack of onboard storage suggests that Nintendo aren’t perhaps going to push online, downloadable content quite as heavily as first believed with the Wii U.

Moving onto processor and GPU specs, the Wii U will use an “Espresso” CPU, with three enhanced Broadway cores. Graphics capabilities are handled by a “GPU7” chip, an AMD Radeon-based high definition GPU that’s capable of DirectX 10.1 visuals and OpenGL 3.3 equivalent functionality. 1GB of memory is available to applications.

The leaks come from VGleaks.com, a trusted source who have previously unveiled early details on the Xbox 720 Durango development kit and Gears of War: Judgement.

Elsewhere, Nintendo are planning a web-streamed conference of their own tomorrow as part of their Nintendo Direct series. The show has previously revealed the 3DS XL, and will feature Nintendo of Europe president Satoru Shibata at 3pm GMT, September 13th. We’re hoping to get pricing information tomorrow, so visit the Nintendo Direct website for all the details tomorrow afternoon.