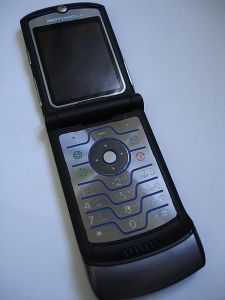 So on Tuesday Nokia unveiled the mobile phones it hopes will once again help it become a major player in the smartphone market. It’s a do or die scenario for the company for if the Microsoft Windows 8 powered Lumia 920 and 820 fail to impress punters, next time round tech journalists could be writing an obituary for the firm that dominated the handset market for much of the last decade.

Overall it seems that the handsets have been well received with bloggers and journalists praising their innovative features. The US stock market didn’t seem that impressed with Nokia’s shares dropping. However the company’s stock position may have been inflated following the turmoil surrounding the recent spats between its two big rivals Apple and Samsung.

Whether Nokia bounces back then seems largely based around whether phone users embrace the Windows 8 operating system. Analysts have made buillish noises about its prospects in the past, but whether it can help Nokia achieve a bit of mobile phone cool and take market share from Apple and Samsung remains to be seen. Nokia should however take a bit of comfort from the fact that throughout the recent history of consumer electronics, companies that were deemed to be on the ropes have bounced back. Sure there are plenty that have fallen by the wayside too, but company CEO Stephen Elop needs to focus on the lessons learnt by this lot.

After dominating the US mobile market at the tail end of the 90s Motorola went into the noughties casting a nervous eye over its shoulder at emerging companies Nokia and Sony Ericsson which were already eating into its market share in Europe. After a series of luck lustre launches of mobiles that were innovative but generally way too wacky to gain mainstream acceptance it seemed as if the US giant was destined to become an also ran in the handset market.

Yet in July 2003 it stunned the mobile world with the introduction of its ultra skinny, ultra cool Razr phone. This took the trademark Motorola flip phone and, through its stunning design and skinny frame, made it the handset of choice for a new generation of mobile users. The original Razr, the V3 wasn’t that well specified (Nokia and Sony Ericsson were still breaking new ground on adding features and facilities) but it demonstrated that a really strong design could trump all the add-ons that the Euro manufacturers could muster.

There was a brief time at the of the 90s when no self respecting geek would be seen dead without a PDA and if you didn’t fancy the prototype smartphone feel of the Palm Pilot then the Psion Series 5 with its mini keyboard was the device for you.

The trouble for Brit firm Psion was that it knew that the market for PDAs which did not connect to the internet on the go, was limited. It needed to add 3G to power its devices. Sadly a proposed deal with Motorola collapsed and some of the funkiest prototypes ever unveiled – check this out – remained vapour ware.

However Psion did go on to dominate the smartphone market for much of the noughties, not as Psion though but in the guise of Symbian the company that grew out of Psion that was built around developing an operating system for smartphones. Symbian became the OS of choice of Nokia, and for a while several other manufacturers too and it wasn’t until the arrival of the iPhone 3G that its stranglehold on the smartphone market started to wane.

The consumer electronics wing of Dutch manufacturer Philips started the nineties in very rude financial health thanks mainly due to the royalties piling in from the development of CD, which it had launched with Sony a decade earlier.

However a European recession and some serious competition from Japanese brands (as well first rumblings of Korean ones too), put its core TV and video disc markets under threat. Things went bad from bad to worse too when its two big innovations CD-i (a forerunner of the DVD that played movies and interactive games) and DCC (a digital version of a compact cassette which looked very old school compared with its shiny Sony rival, MiniDisc), tanked within years of their launch.

Fortunately for Philips the investment in widescreen TV technology paid off handsomely and it was soon selling large screen 16:9 format sets with high ticket prices which established the brand as a market leader and perfectly placed to capitalise on the flat screen market which was just round the corner.

Nintendo had had an amazing ruin in the 80s and 90s with its Gameboy and NES systems huge successes. However by the turn of the new decade the company was seen a poor relation in the home console market – its place taken by Sony and Microsoft.

Things were looking bleak until an astonishing launch in 2006 when the company unveiled a brand new type of games console the Wii. Aimed at women and families as much as hardcore gamers its simplicity and wireless handheld controller proved enormously popular and lead to the creation of a whole new genre of games. It was soon copied by its rivals but not before Nintendo had outsold them both and shifted nearly 100 million units.

As is well documented in Steve Jobs’ biography on its way to becoming one of the key pillars of the US economy Apple had a few significant wobbles. It looked to be on the verge of becoming an irrelevance by the mid 90s – the preserve of just design freaks and geeks – but then along came the iMac in 1998 which sold millions and revolutionised the design of computers.

Then with iMac sales slowing it unveiled the iPod in 2001 and cracked another market, which then lead to the iPhone in 2007 and well, the rest is history. Apple has reinvented itself by coming up with amazing new products that break new ground in terms of design and functionality (though invariably not in terms of features and specifications). By the time we are all bored with the iPhone 7 who knows what Apple might have up its sleeves.