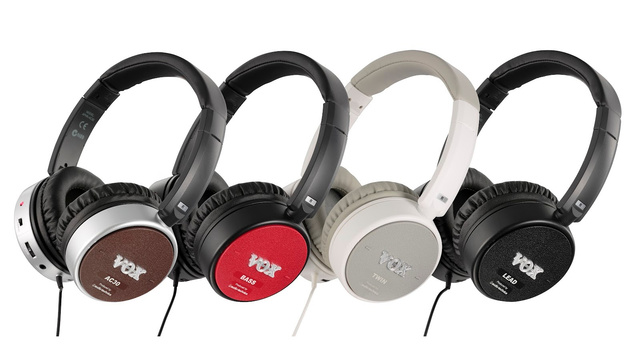 If moany neighbours are thwarting your dreams of rock stardom, forcing your speaker stack to woefully low volume levels, then we’ve got something right up your alley today. Classic amp makers Vox have teamed up with headphone specialists Audio Technica to deliver the amPhones; over-the-ear headphones that don’t just play back tunes from your MP3 player, but can also hook up directly to a guitar for some personal amp-on-your-head riffage.

It’s an excellent idea, and one we can’t believe hasn’t been pulled off before. Each pair of amPhones has a built-in power source, and a 1/4-inch input for plugging in a guitar that can be swapped out for a standard 3.5mm jack as required. 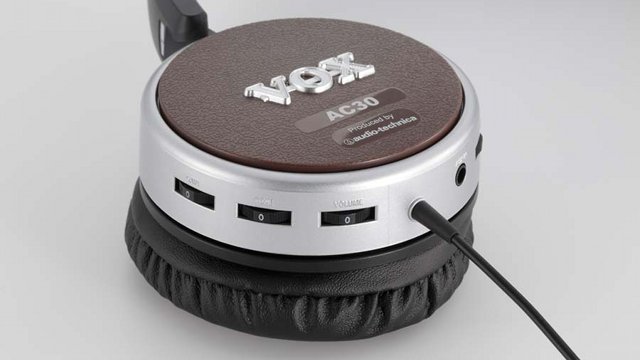 Four models are available: the “AC30” version which reproduces the classic VOX AC30, the “Twin” version which gives you a clean sound reminiscent of a classic US-made amp, the “Lead” version which delivers “a heavy British crunch lead sound” and the “Bass” version which provides a “wide-range sound, including a new Bassilator circuit that realistically simulates the resonance of the speaker cabinet and floor.”

The headphones also feature built-in guitar effects, including chorus, delay, reverb and (in the Bass version only) a compressor. The cans have small dials on their underside or controlling the intensity of the effect, as well as volume, gain and tone.

Though we’re a little dubious as to how good they’ll sound in practice, you can’t argue with the pedigree of Vox and Audio Technica combined. Priced at £100, they’re totally affordable too.

For more info and an in-depth look at how they line up against a regular amp, click here. Also, check out the promo vid below: