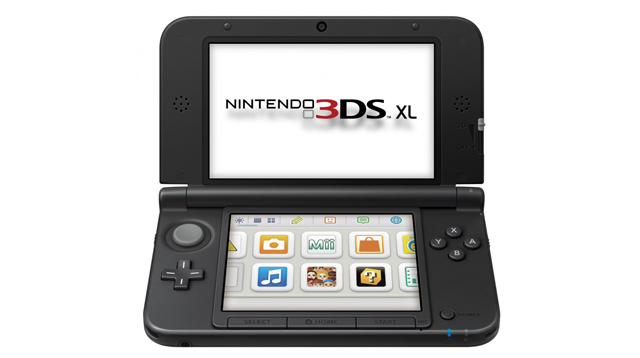 Nintendo’s 3DS handheld games console gets redesigned in the new 3DS XL model. Significantly bigger than the first edition, it’ll please short-sighted, big-handed gamers for certain, but does it do enough to please everyone else? And is it worth an upgrade if you already own the original 3DS? Read on to find out!

NOTE: Many of the features of the Nintendo 3DS XL remain identical to that of the original Nintendo 3DS, particularly in regards to software. Rather than retread old ground, this review will focus on the new hardware changes, rather than returning features. For a refresher on what we loved about the original 3DS, check out our full review here.

As soon as the Nintendo 3DS XL was revealed, we knew it was only a matter of time before we saw a revised version of the handheld go on sale. Looking back across the history of Nintendo handhelds, their were four different versions of the Gameboy (including the Colour model), three Gameboy Advance models and four Nintendo DS models. It’s hardly surprising then that we’ve got the new 3DS XL handheld.

But whereas previous revised models were cashing in on the fact that the handhelds in question were already very popular, the 3DS XL sits in a slightly different position. Though its sales figures have picked up since a drastic price cut soon after launch, the 3DS has proved nowhere near as popular as the Nintendo DS. The 3DS therefore lands with a very different aim; to entice new customers into Nintendo’s 3D gaming world.

And it certainly gets off to a good start, thanks to its giant screens. At 4.88-inches for the top screen and 4.18-inches for the bottom screen, the top screen is 90% larger than that of the original 3DS. While it slightly lessens the sharpness of the display (the returning 800×240 resolution gets stretched out and it’s still nowhere near as gorgeous as that of the PS Vita), it makes the headlining glasses-free 3D effect far more immersive. The precise 3D “sweetspot” of the 3DS is far larger on the 3DS XL, meaning you don’t have to hold it so steady to avoid it flickering, not to mention so close to pick out all the details. Similarly, the lower touchscreen seems improved, feeling far more responsive to both finger and stylus input. From a retail perspective, it’s easy to imagine prospective buyers getting far more involved with the 3DS XL than they did the 3DS, while existing 3DS owners who try the new larger console will find it hard to go back.

Despite being considerably larger than the 3DS (6.1 x 3.7 x 0.87 inches of the 3DS XL versus the 5.3 x 2.9 x 0.83 inches of the 3DS), the 3DS XL feels far more comfortable in the hand. Its edges feel more curved than that of the angular 3DS, and there’s more space to rest your fingers on the chassis. It may be 100g heavier than its predecessor, but the 3DS XL seems to balance its weight in such a way as to make it even more comfortable to use over long stretches of time than its sibling. 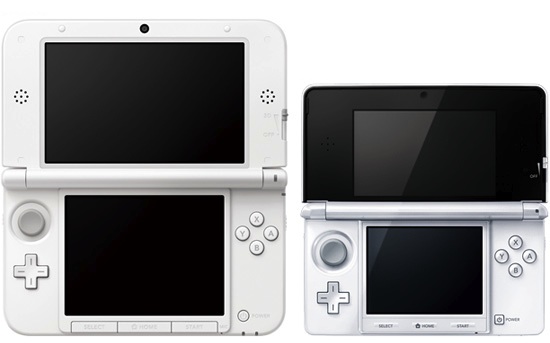 In terms of stylistic design choices, the 3DS XL keeps things kid-friendly. Nintendo sensibly realise that they’re a charming and playful brand, and haven’t gone chasing Apple-like slickness with the 3DS. The clamshell design now has a matte finish that isn’t half as bad at collecting finger smudges as the previous glossy one, and the creaky hinge of the 3DS is replaced by a much more solid looking construction.

The extra size also allows for a few other improvements. There’s now room for proper start and select buttons rather than those weird buttons that sat inset below the lower touchscreen, while there’s just generally a little more room for the buttons on the front too. Also, the trigger buttons are a little larger, and have a little more travel making them far easier to use. A larger capacity battery also sees a welcome boost to playtime, up from 5 hours to 6 and a half hours for the 3DS XL.

Sadly, there have been a few uncharacteristically cynical moves made by Nintendo when it comes to the 3DS XL though too. The most obvious of these is the decision to not include any form of charging cable of adaptor in with the console. Nintendo claim that it’s to keep the price of the console down, passing on the savings to the consumer. Even if you’re already the owner of a previous generation of 3DS or DS console (the chargers work universally across each), this doesn’t exactly ring true. Anyone looking to upgrade to the new console will be unable to trade in their old console while keeping the charger, meaning they’re effectively buying the same console twice. More importantly, newcomers to the 3DS fold (and those are who Nintendo are surely trying hardest to court) will have to buy a charger anyway, meaning they’ve not saved any money at all. It’s a dangerous precedent that Nintendo are setting here, selling a console without the means to power it, and one we’re not keen to support.

And then of course there’s the whole second-analogue stick debacle. Since it launched last year many have hoped for a revised version of the console with a second control stick attached. The ugly Circle Pad Pro add-on for the first 3DS was an acceptable compromise, though far from perfect. With the 3DS XL, Nintendo had the opportunity to right that initial wrong and pop one into the larger console. They haven’t, claiming there wasn’t enough room for it. We find this hard to believe considering the similarly sized PS Vita can manage it. We’ll inevitably get another Circle Pad Pro add-on for the 3DS XL then that we’ll need to fully enjoy titles like Metal Gear Solid: Snake Eater, and it’ll be even larger and more unwieldy than even the last one.

Despite a handful of missed opportunities, the 3DS XL is still the superior version of Nintendo’s 3D-enabled handheld. It fits more comfortably in the hand, its 3D effect is more pronounced thanks the larger screens employed, battery life is improved and the whole unit is sturdier overall. However, we’re incredibly disappointed by Nintendo’s decision to leave out a charger, and we can’t help but pine for a second control stick.