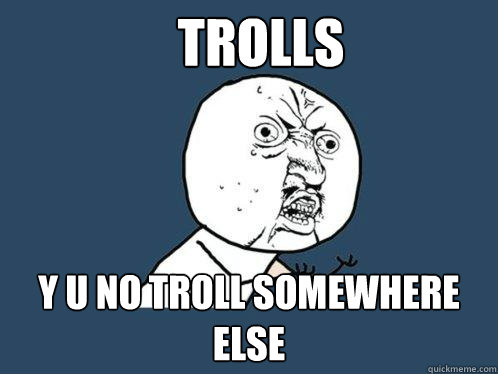 It’s all been sparked by a British lady called Nicola Brookes. The victim of online tormentors who set up fake accounts in her name and branded her a paedophile, Brooks took Facebook to court, with the social network quickly handing over the details of the offending trolls to quell the tide.

It seemed at first certain to be a one-off occurrence, but set a new precedent for web law in the UK. Now according to the BBC, new government legislation will soon be put in place and added to the Defamation Bill that will require all kinds of websites and social networks to hand over the details of anyone who posts defamatory content online.

Great news? Sort of. On one hand, we’d finally be able to stop those really persistent idiots that ruin our web experience and have previously thought they were safe through cyberspace anonymity.

But on the other, it’s another step towards web censorship, wrestling control away from webmasters who, for the most part throughout the relatively short history of the web, have policed their own communities very well. Will we be afraid to legitimately argue a point with a fellow netizen for fear of being branded a troll, resulting in having the authorities breathing down our necks?

Justice Secretary Ken Clarke reassured the BBC this would not be the case:

“The government wants a libel regime for the internet that makes it possible for people to protect their reputations effectively but also ensures that information online can’t be easily censored by casual threats of litigation against website operators.”

We may have to pay a high price to put a stop to online trolls. Is it one really worth paying?