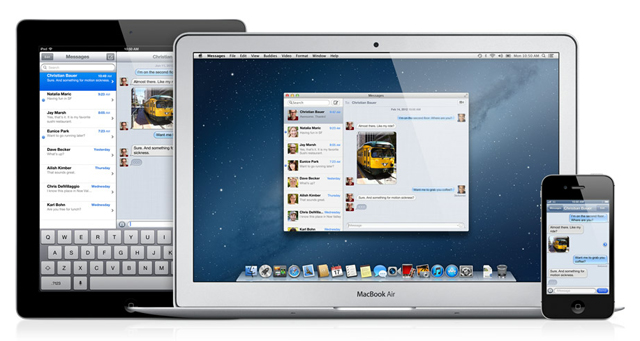 As well as telling us all about the exciting next generation of MacBook Pro laptops and the release of the impressive new operating system, iOS 6, at WWDC last night the Apple team also spoke about the next version of OS X (it’s just OS X now, not Mac OS X), called Mountain Lion. Grrr.

Here are some of the top new features you’ll find packed into the ninth release of the Mac operating system:

Reminders and Notes get a revamp

If you depend on your Apple devices to ensure you’re productive and kept on track throughout the day, you’ll be happy to see that the latest OS X has updated Reminders and Notes to ensure they’re even more useful.

Both Reminders and Notes can now be viewed on your Mac and sync up with all of your other devices with iCloud too.

We like that you can take a Note and add it as a sticky Post-It over any other apps that you may have running.

Talk to your Mac

Mountain Lion enables you to talk anywhere you’d usually type using the Mac’s built-in microphone. This is a pretty big deal and according to Apple, the more you use it the better it’ll get at recognising your silly voice.

At the moment it’s possible to sync content across iPhone, iPad and Mac devices with iCloud, but with Mountain Lion there’s even deeper integration, which allows users to sync media, data, calendars, emails and contacts across ALL of their devices.

Messages is an instant messaging app that supports iMessage, so you can send all kinds of content and use FaceTime too across your devices (see the screenshot above).

AirPlay for the Mac

Up until now iPhone and iPad owners have been able to stream content to compatible devices connected to an Apple TV and now AirPlay Mirroring comes to the Mac too.

You only need to log-in to Twitter and Facebook once and they become an integral part of everything you do with the new OS, share things as tweets and updates from any app and see pop-up notifications whenever someone contacts you.

The Game Center we’ve seen as part of iOS is now part of Mountain Lion, so you’ll be able to play games and view information from your friends in real time.

Just like the notifications in iOS, you can now see a list of everything that’s going on from your Mac, like emails, Messages, calendar alerts and even software updates. Simply swipe to the left using your trackpad and it’s all right there.

Safari gets a search bar

Safari starts to mirror Chrome even more with a search bar and address bar in one. You can also sync your tabs in Safari with iCloud and the // has disappeared too.

Your Mac can now take a Power Nap

Mountain Lion allows your computer to take a Power Nap, which means it looks like its fast asleep but really it’s still checking for updates now and again and updating your Mail, Messages, Contacts, etc.

Mountain Lion will be shipping around July and will cost around $19.99.