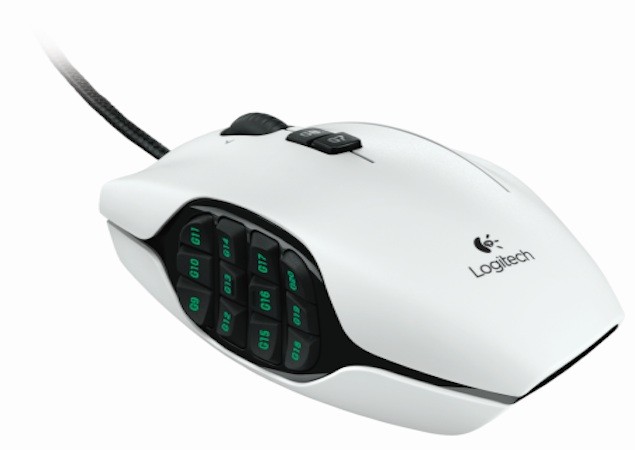 Logitech’s latest gaming mouse, the G600 MMO has been purposefully tuned to give the edge when playing massively multiplayer games such as World of Warcraft or Star Wars: The Old Republic, going as far as to recruit Hal Hanlin, producer of MMO Rift, to get advice on how to get it just right.

Housing 20 buttons, 12 or which are placed within easy reach of you thumb in two groups of six, each key is programmable, letting you attach macro commands to every button and buying you vital time during PVP sessions. A G-Shift key also adds an extra secondary function to each button, doubling the number of commands at your fingertips.

With 200-8200 dpi tracking, you’ll be able to benefit from super-smooth scrolling at multiple speeds, while RGB illumination in the thumb panel is fully customisable allowing for 16 million possible colour glows from the G600.

“This Logitech mouse is one of the best out there – and not just because they incorporated our feedback into the design,” said Hanlin.

“There are so many abilities to keep track of in Rift, the difference between defeating a zone event or winding up at the graveyard can come down to seconds. Having all those G-Keys at your fingertips gives you an advantage.”

“Countless hours of research went into the design of our thumb panel to make sure that it is as comfortable and easy to use as possible. And people will feel the difference in the buttons – they’re sculpted to help reduce click fatigue and miss-clicks so you can play with greater precision for as long as you want.”