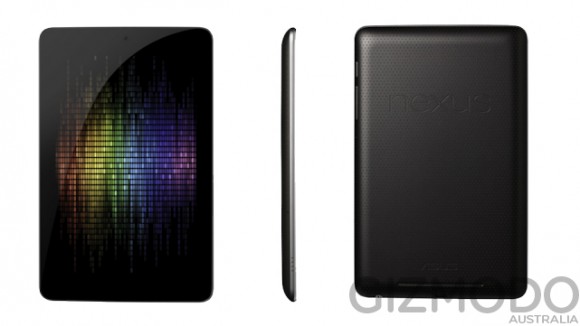 All signs are pointing towards Google revealing an affordable 7-inch tablet at this week’s Google I/O conference, and now we’ve got our first decent glimpse at what that device may be.

Gizmodo Australia have uncovered what they believe are both an official render of the device and a legit spec sheet to go along with it.

If it all turns out to be accurate, we’re finally going to get a taste of the next version of Android, known as Jelly Bean, in a 7-inch device built by ASUS packing an IPS display running at 1280×800 resolution. Powered by a NVIDIA Tegra 3 quad-core processor clocked at 1.3GHz, it’ll pop in 1GB of RAM alongside either 8GB or 16GB worth of storage. There will also be a 1.2MP front facing camera, with the unit good for 8 hours usage from a single charge.

Google’s Wallet will feature alongside more general NFC support, while Android Beam will also be present.

With just a few days until the event kicks off, it wont be long until we can find out whether or not all these rumours are true.