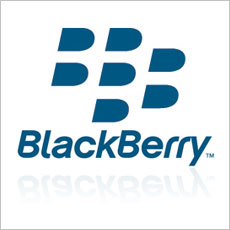 RIM promised a bold new direction with their forthcoming BlackBerry 10 OS, and that looks to filter down to the launch products too. In what’s potentially a risky move, RIM’s first BlackBerry 10 handset will not feature the company’s trademark QWERTY keyboard.

Instead, the first handset will be a full-touchscreen offering, postioned to tempt lapsed BlackBerry users back from the allure of Samsung’s Galaxy Android range and Apple’s iPhones.

Though RIM’s Rebecca Freiburger assured the Washington Post that future BlackBerry 10 handsets will offer a QWERTY, she stressed that RIM felt it important to showcase the brand’s new touchscreen smarts.

However, not all analysts are sure this is the right move from RIM.

“The physical keyboard is the most dominant item that separates out Research In Motion from its competitors,” said Analyst Colin Gillis, of BGC Financial.

“If you are not playing to your historical strengths you may find it more difficult to get traction.”

Indeed, for many, the key differentiator for BlackBerry is the keyboard, which many regard as the best for tapping out messages and emails. With RIM dropping it from the initial BlackBerry 10 OS run, would that turn you off of grabbing one? Let us know in the comments below.