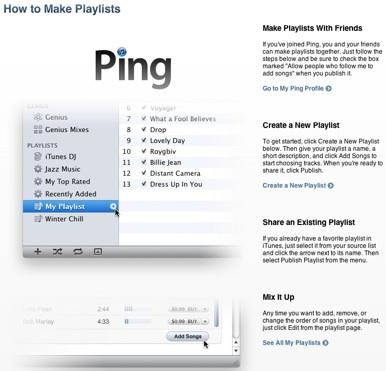 Ping, Apple’s iTunes-integrated social network that lets users track their favourite artists and those of their friends, looks set for the chop.

Launched in September 2010, it ruffled the feathers of Facebook, who already offered similar functionality to their social network users. It caused a rift between the two tech giants that, until earlier this week, still seemed potent.

However, with relations between Facebook and Apple patched up and deep Facebook integration coming to the iOS 6 mobile operating system, Ping is likely to be dropped.

While Ping still remains intact in iTunes 10.6.3 and is a non-functioning feature in the iOS 6 Beta, experts now expect it will be gone when iTunes 11 and iOS 6 launch in full later this year.

“We tried Ping, and I think the customer voted and said ‘This isn’t something that I want to put a lot of energy into.'”

It seems Ping’s days are numbered.