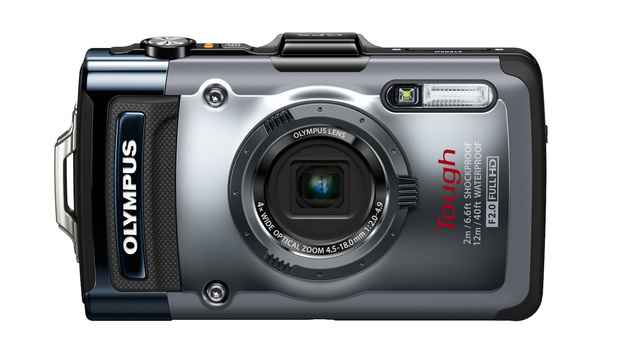 After briefly breaking cover thanks to an over-zealous Amazon listing, Olympus have officially revealed their TG-1 tough cameras.

As tough as a concrete-covered photo-snapping toughman, the TG-1 is waterproof to 12 metres, shock and drop-proof to 2 metres, freezeproof to -10 degrees Fahrenheit, and crushproof to 100kg.

A new conversion ring mechanism is onboard for filters and telephoto shots, while the sae image processor as found in the OMD is also squeezed in.