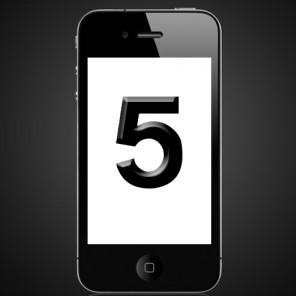 …or so say the tech taddle-tales over at Digitimes. As per usual, the website is citing supply chain sources who are claiming that Pegatron has landed orders for the iPhone 5 that correspond with a September launch window, and Foxconn having received the same for a 7-inch iPad that would ship in August.

Digitimes aren’t always spot on with their predictions though, and these latest Apple rumours have a fishy smell too.

If we’re going on an annual release cycle for the iPhone, October 2012 would be the more believable launch date, being a year round from the iPhone 4S. And while there is no precedent for a Mini iPad, an August launch feels awfully soon after the (new) iPad 3 launch. Apple have a tendency to launch their tablets in the Spring, though may be aiming at an impulse buyers market in the run up to Christmas, with a smaller device commanding a lower price.

Looking to verify their claims, Digitimes also point out that Pegatron is currently restructuring its workforce to better cater to the demands of Apple. They’re said to be shrinking their SI motherboard department in light of smaller orders from ASUS, redirecting resources towards Apple products instead.