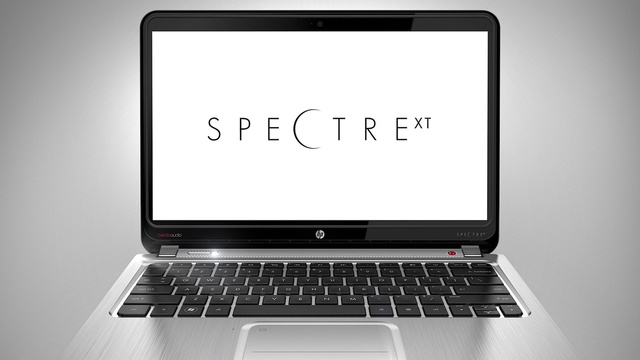 After launching the HP Envy 14 Spectre back in January, it looks as though HP are planning a major expansion of the Spectre range, with the laptop manufacturers today revealing the HP Spectre XT.

Cheaper than the Envy 14 Spectre (which started at £1200), the £900 Spectre XT launches with Intel Ivy Bridge processors onboard, trumping the Envy Spectre 14 which has the older Sandy Bridge chips inside. No word yet on whether or not the Spectre XT will have Core i7 Ivy Bridge chips though.

Slim at 14.5mm and weighing just 14kg, Spectre XTs will come equipped with 4GB of RAM as standard, and a 128GB SSD. Battery life is good for 8 hours, with the aluminium chassis having more than a touch of “MacBook Air” about it.

The Spectre XT is joined by four other new portable computers from HP, two 14 and 15.6 inch ultrabooks that are 19.8 mm thick, and two equally sized but clumsily named “sleekbooks”. While the ultrabooks come packing second and third-generation Intel Core processors, the sleekbooks will have AMD APUs.