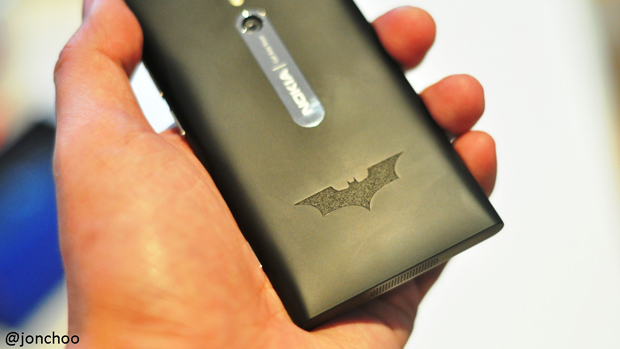 Superhero geeks the world over rejoice! Not only is The Dark Knight Rises hitting cinemas in a matter of weeks, but remember the Batman Nokia Lumia 800 phone that we thought was only super limited edition back in December? Well, it looks like it’s returning to the UK soon as a souped-up Lumia 900.

According to Pocket Lint, the Lumia 900 handset will be available from Phones4U in the UK and some other European countries over the next few weeks.

Early reports suggest the Batman phone will look exactly like the Lumia 800 spotted back in December, with a bat logo laser etched onto the back. It’ll still be limited edition, so you’re going to need to move quickly if you want one, but we’re expecting there’ll be more shipped than the mere forty that were released at the time of the The Dark Knight Rises prologue preview showings last year.

There’s no official word about how much the handsets will cost you just yet, but we’ll keep you posted.