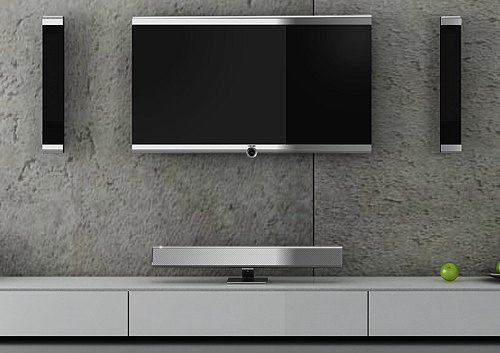 Apple is said to be in talks with high-end German television manufacturer Loewe over a possible buyout. The rumour follows continued suggestion that Apple are looking to enter into to make further steps in the home entertainment market with a flastscreen TV of their own.

Premium TV brand Loewe (who also build components and home entertainment systems) are now thought to be mulling over a deal worth £69 million ($112m) from Apple, an offer worth slightly more than the company’s closing share price last Friday.

According to the source of the story, Loewe “has been advised by its financial advisor to accept the offer and a final decision is scheduled to be announced internally before 18 May 2012.”

Were the deal to be finalised, it would all-but-confirm Apple’s plans to enter the TV market. At £69 million, Loewe would be a bit of a steal and merely pocket money when compared to Apple’s $100 billion cash reserves. The German company’s keen eye for design would also compliment Apple’s own designs well, as would both brands’ premium pricing strategies.