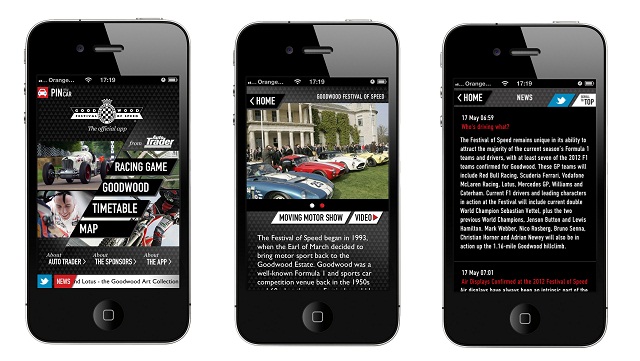 Part guide, part show planner, part game, it’s designed to help iPhone owners get the most out of their time at one of the busiest shows on the UK motoring calendar.

Key features of the app include:

• A news reel updated live by the Goodwood team, keeping you up to date with all the most exciting events and news from the show.
• A detailed map of the Goodwood festival
• A live Twitter tracker, showing the location of geo-tagged tweets, which will likely be great for hunting down freebies and promotions
• A lap time leader-board
• An events calendar that you can populate with the show events and stands you want to see most
• A “Find my car” feature, which could prove a lifesaver in the motor show parking lot. Who’s going to take public transport to Goodwood, right?

However, the centrepiece of the app is an augmented reality racing game. Dotted around the Goodwood event will be trigger images that, when gazed upon though the app, turn into a 3D rally event. Playing a little like Super Offroad on the SNES, it’s an addictive racer, with neat visuals that tilt and change the course depending on the angle of your iPhone. 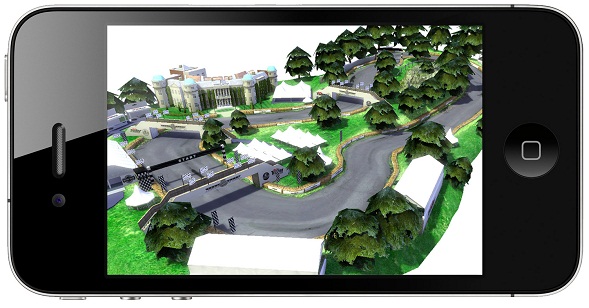 The game has an added incentive to get you playing too: top times logged at the Auto Trader stand at the show are in with a chance to win a number of top prizes, including an Alfa Romeo MiTo Quadrifoglio Verde.

“As well as the stand at the show, we developed the app to ensure visitors had an interactive experience of the show as well as some fun with the augmented reality racing game which is also great to play with a couple of friends,” said Jonathan Williams, Consumer Marketing Director at Trader Media Group.

Keep an eye out for the app on Apple’s App Store. It should be touching down in a few days.