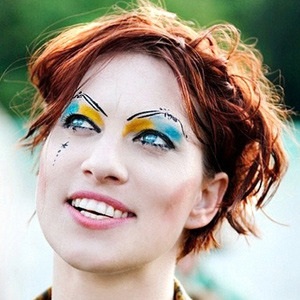 Initially looking to raise $100,000 in pre-orders and fan investment, Palmer hit the target in just six hours, hitting $300,000 in 48 hours. A month later she has now hit the whopping six-figure sum, admitting that her initial $100,000 request would have barely covered the costs the ambitious project has already incurred.

Palmer tempted fans to donate above and beyond with unique incentives such as backstage doughnut eating sessions and invites to her house parties.

Speaking to NME about the project, Palmer said that crowd-funded records could represent a great sea-change for the industry:

“This isn’t a shtick or a gimmick – the idea of releasing a record on a major label again for me is absurd. The music industry has long needed a new system and crowd-funding is it. The game is reversing – the media and the machine are following, rather than creating, the content.”

Amanda Palmer & The Grand Theft Orchestra will be released in September followed by a US and European tour this autumn.