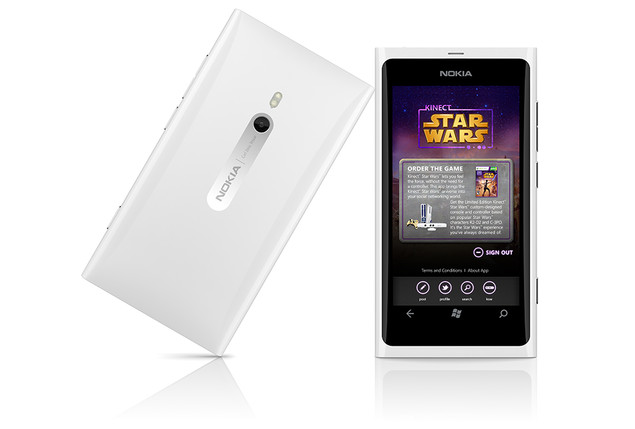 Those currently enjoying the lightsaber waving fun to be had with Kinect Star Wars for the Xbox 360 can take a little bit of the Force with them on the go from today, as Microsoft have announced the release of a companion app for Windows Phone, Android and iPhone smartphones.

The app pools in a users Twitter and Facebook feeds into one place, and presents them as the iconic Star Wars “crawl” that opens up each of George Lucas’s classic sci-fi films.

You can also use the app to post to Twitter and Facebook, as well as order a copy of the game and learn more about Kinect Star Wars and the motion-sensing peripheral itself.

“We are putting ‘the Force’ directly into people’s phones to help launch Kinect Star Wars,” said Stephen McGill, director of Xbox and Entertainment for Microsoft UK.

“Fans will be able to carry a piece of the Star Wars universe in their pockets and, like the new game for Xbox 360, immerse themselves in the incredible world of one of the most enduring entertainment franchises like never before.”

Available now, the app is free from all three app store portals.