The Intel Developer Forum (IDF) in Beijing has today thrown up a very interesting hybrid computing device, mixing the best parts of a Windows 8 tablet with the functionality of an Ivy Bridge ultrabook.

Called the Intel Cove Point (and previously known as the Letexo), the device bridges the gap between tablet and netbook, offering a keyboard and touchscreen smarts, with the two sliding together in a way not unlike the Asus Eee Slider.

When not using the keyboard, the touchscreen slides flush into the chassis, to be used as a chunky standard-looking slate. 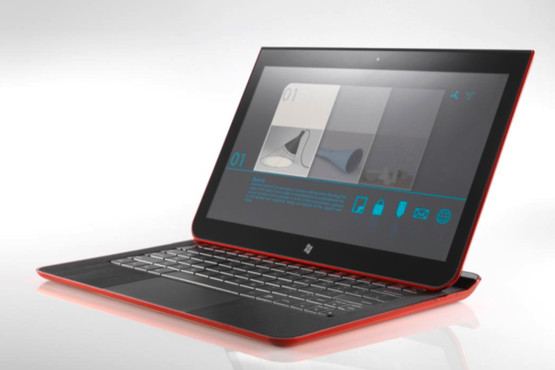 According to Wired, “At the demo, Cove Point also ran on an early sample of Intel’s upcoming Ivy Bridge CPU. Just like you’d find in a full-fledged notebook, the device sports a 12.5-inch screen, two USB 3.0 ports and an HDMI port.”

As it stands, Cove Point remains a concept device, with no manufacturers stepping up to take on the Windows 8/ Ultrabook/ Ivy Bridge/ tablet hybrid challenge. But with the market for both ultrabooks and tablets, devices like this from a range of manufacturers is an eventual no-brainer.