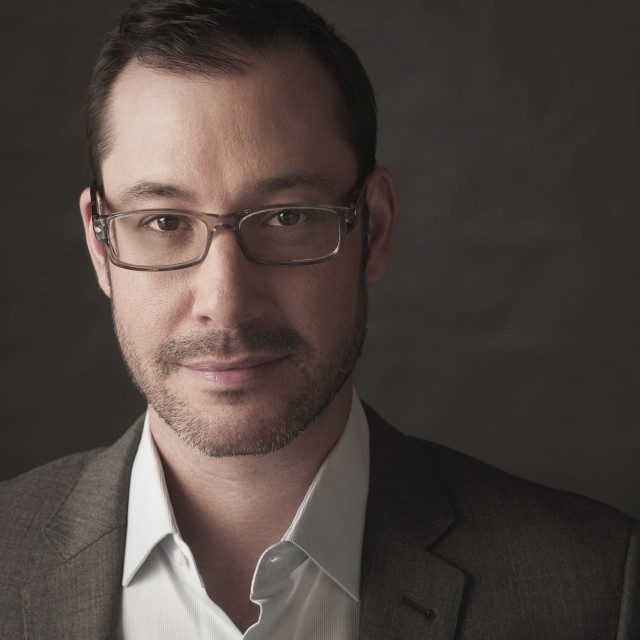 Gamefly, the USA’s leading videogame rental service, has made the jump over the pond and are looking to take old Blighty by storm with their digital PC games download platform and forth-coming digital subscription service. We caught up with Gamefly co-founder Sean Spector during a recent UK press tour, and got his thoughts on the PC gaming market, Steam, and the indie-gaming boom.

“Gamefly is the leading videogame rental service in the US. We’ve recently come to the UK, where we have a digital offering. Folks can buy digital games from a variety of publishers, ranging from triple-As to casual to indie, and we’re launching a digital subscription service, currently in beta. I’d say to gamers to come check out our pricing, our client, our catalogue of games. You’ll be impressed with the design of the client, as well as the content that accompanies the games and the social aspects too. Consumers win when they have choice!”

Expanding beyond their US comfort zone, Gamefly chose to leave behind their physical rental distribution methods when bringing their services to the UK. Instead, they’ve expanded their digital offering to include a PC download client alongside their website, with an online store front that will feel familiar to any users of Valve’s Steam or EA’s Origin platforms.

Side by side, it’s plain to see which of the three is the more visually appealing. Gamefly offers large embedded trailers of games, softly fading screenshots as backdrops to game info screens and even customisable, social features. Gamers can curate and design their own game collections into colourful, publicly accessible “virtual shelves” (for bragging rights, naturally) and there’s also deep support for making friends with other gamers, be that through Gamefly’s own integrated messaging and following systems or through external links to other social networks built into the client. While in the UK the client solely offers a solid 1,500 PC and Mac titles for download, in the US the client also lets subscribers pick from over 8,000 console and handheld titles to be shipped in their physical formats to their homes.

“We really love video games and we really want them to shine. I think all the publishers think we have the best looking client. I won’t say, but that might even include EA [despite owning Origin – ed.).”

It’s not just all about a pleasing aesthetic though; Gamefly are keen to make sure their new client is as stable and robust as they come, sometimes offering multiple updates to the software in a single day, each with extensive release notes. A large and dedicated customer services team deals with hundreds of queries every day (particularly complex considering the innumerable unique PC builds gamers use), promising to get to the bottom of any faults or issues.

Already looking like a solid platform despite it’s relative youth, part of the Gamefly client’s maturity lies in a key acquisition the company pulled off last year, buying the Direct 2 Drive digital distribution platform from IGN in May 2011.

“We’ve been working on our digital strategy for about a year and a half,” says Spector.

“When Direct 2 Drive came up for sale it seemed like a good opportunity so we purchased it. It allowed us to move faster because of the relationships they already had standing with customers, not to mention relationships with publishers.”

But even the best-looking client in the world is nothing without a competitive pricing model, and with rivals such as Steam, Origin and even online retailers like Amazon, Gamefly intend to dig deep to offer the best value for money, promises Spector:

“When it comes to pricing, some of it depends upon the publisher, but we plan to be aggressive with sales in the UK. In terms of subsidising, sometimes it’s something the publisher wants to offer to consumers themselves, and other times it’s something we at Gamefly want to offer on our own. It depends on timing and the title. But holiday sales, seasonal sales, weekend sales; we’ll always have something on offer.” 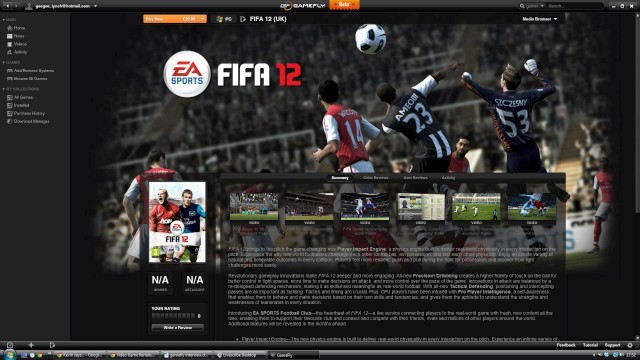 Though acknowledging them as a key player in the PC gaming field, Spector doesn’t consider his service to be necessarily a direct competitor to Valve’s Steam platform, believing they serve two slightly varying audiences:

“I don’t think our consumers are exactly the same as [Steam’s] consumers. They’re very hardcore, we tend to be a little broader, with a wider-range demographic. At Gamefly we’re completely agnostic; it doesn’t matter what game or what platform we want to be able to give gamers the opportunity to get their hands on it. We’re trying to create a more holistic experience, not just a sale-focussed experience. We’ve got a lot of good content that surrounds the game, and a stronger sense of community around the games. That’s important.

“We’ll also probably have a wider depth of content; not just triple-A and hardcore stuff, but also casual and family and indie stuff too. I don’t think Mum is going to go on Steam. But I don’t think a Steam guy will never shop at Gamefly, and vice-versa.”

But even some of the hardcore audience seem to be a little wary of Steam’s ever growing power over PC gaming. Take Minecraft creator Notch for instance, who recently expressed his concern over Valve’s monopolising of PC gaming. Does Spector feel Notch’s concerns are valid?

“It’s always better for the consumer to have choice,” is Spector’s diplomatic response.

“When you have less choice, prices go up, and products are limited. The more people selling digital games in my mind, that’s better for the consumer. Competition drives low pricing, and consumers vote with their wallets and pocketbooks. If Steam was the only place to go, there’d be no competition, and then of course everything that could bring with it.”

Indeed an indie developer like Notch would be well cared for by the Gamefly crew, who even run the Indiecade developers’ conference annually.

“We’re talking to them about doing something very specific for digital now that we’ve got the client going. Embracing the indie community is an important part of the model. We’re always being approached by indie publishers. I think the ‘indie boom’ is great. Indie mobile games, and indie PC games, they’re really levelling the playing field against consoles where it is so expensive to make a game and publish it.”

So what is it about indie gaming that has so captured the gaming community’s imagination over the past few years? Creativity, says Spector:

“Digital distribution and the cheaper prices are part of the consumer appeal, but I think it’s mainly down to originality and unique storytelling. Indie guys can tell a story about a tomato; that’d never get green-lit by a big publisher. Cinema is a great analogy; you have the big blockbusters and then the small foreign and indie films, but the middle has thinned out. That’s kind of what’s happening with games.”

Gamefly also offer a digital subscription service, currently in beta in the US, and hopefully launching in the UK in the coming months. For no additional fee on top of the monthly subscription, games can be downloaded as many times as players want to, onto as many computers as they like. Cut your subscription and you lose access to the games. But what of your saves?

“We haven’t quite thought that far yet,” admits Spector, saying his team is looking at the options available to them.

But a digital subscription is quite a different offering from that of rental services like Blockbuster and even LoveFilm’s through-the-post scheme. Can Gamefly’s subscription pull customers away from those tried-and-tested methods?

“I think it depends on the customer. If you’re a customer already comfortable with digital services that’s an easy step to take and easy to explain. If I’m a gamer only used to physical services it will be a little more complicated. We’ll learn how best to do it in the States, and then bring that knowledge to the UK.”

The choice between physical and digital gaming may soon be taken away from gamers regardless, with rumours of disc-free next gen Microsoft Xbox consoles, and even a potential “Steam Box” PC gaming console for the living room. Are gamers ready to abandon their discs once and for all? And do Gamefly feel the need to keep up with the rapidly changing technological trends?

“Anyone can make a piece of hardware. The question is, will consumers adopt it. We don’t think consumers want a digital-only future. Consumers want options, choice. There’s something tangible about having the disc in your hand; if my PS3 breaks, I still have my game. It’ll take time. Maybe the generation that’s coming up today doesn’t share that sensibility, so maybe over time that will shift. But none of these changes happen as quickly as people seem to think they will happen.”