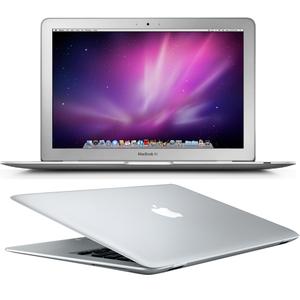 We’re waiting with bated breath on official news of the 2012 MacBook Pro refresh, with strong evidence supporting theories that the Apple laptop range is to get a super-slim makeover that will see the MacBook Pro and MacBook Air lines merge, under the simple “MacBook” umbrella.

According now to rumour mongers DigiTimes, the new-look models are now in production, with Apple looking to shift between 100,000 to 150,000 units of their 13-inch and 15-inch models per month following the launch.

Though more powerful than the current MacBook Air lines and comparable to current Pros, the new-look line is expected to be drastically thinner in appearance, and likely lack an optical drive as a result, a feature that Apple seem increasingly to believe is unnecessary in the wake of the launch of the Mac Apps store.Though DigiTimes claim that production on a separate Pro line has also begun, that doesn’t sit well with the growing momentum behind the idea of the two lines merging. Just look at the recent “new” iPad launch, bringing the brand back to basics rather than adding a “HD”, “3” or “3rd generation” suffix.

But what of the 17-inch MacBook Pro, so often favoured by road-weary creatives for visual editing thanks to its larger screen real estate? DigiTimes make no mention of its production.

Could this mean that Apple are looking to further streamline their laptop range, not only merging the Air and Pro lines, but doing away with larger laptops as they propel their users further into what CEO Tim Cook describes as the “post-PC age”?

It’s possible, but unlikely. The 17-incher has always had a loyal following, with its larger size allowing for more powerful components and, naturally, a larger screen. It may simply be that industrial design constraints of powering and supporting the screen in a thinner form factor isn’t currently possible.

We’d hazard a guess that a 17-incher is still in production, and will be considerably more powerful than the re-worked 15-inch and 13-inch thin Pro models. Perhaps even the 17-incher will retain the optical drive in the thicker chassis, and become the sole laptop to bear the MacBook “Pro” title.

With the new MacBook updates now expected to be revealed next month, we likely won’t have to wait long to have these rumours quashed, and our questions answered.