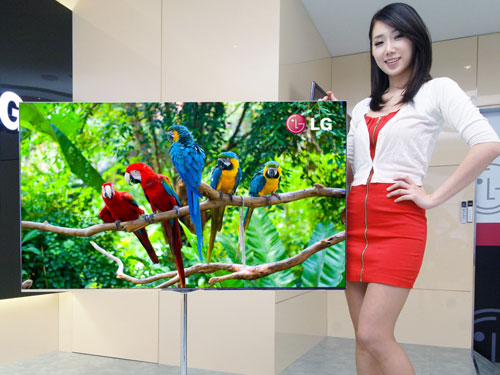 LG’s fancy 55-inch OLED sets are lining themselves up for a red carpet launch at the Cannes film festival in May, according to new reports.

LG’s 55-inch 55EM9600, first revealed at CES 2012 back in January was first expected to launch in July to coincide with the London 2012 Olympics. However, with LG eager to get their display out into stores before rivals, the decision was made to push for an earlier release date and to bump the speed of production up significantly.

A beauty of a screen, the 55EM9600 is only 4mm thick and weighs just 7.5kg thanks to a WOLED-CF design on an Oxide-TFT backplane.

Expected to retail at around 9 million Won – or about £4,950 – LG will gauge interest in their first OLED offering until July before deciding whether or not to make further investment in OLED technology.

Via: OLED Info/ The OLED Association