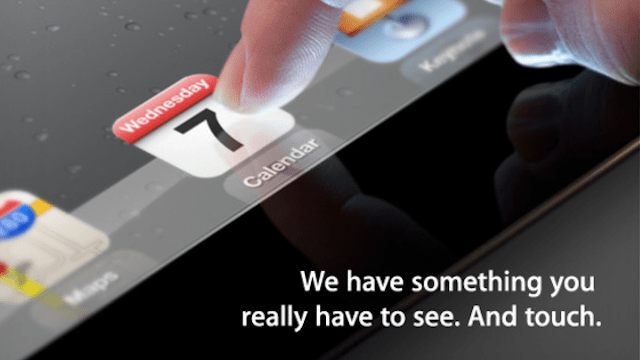 Just hours away from the expected launch of the iPad 3/iPad HD, and some very interesting speculation on what to expect is doing the rounds on the web. We’re well prepared for a high-resolution Retina Display, a likely processor jump, interface improvements and even possibly a camera update, but how about a truly revolutionary jump in touch technology?

First spotted by the team over at Pocket Lint and the Guardian’s Charles Arthur, there’s now suggestion that Apple have teamed up with Senseg, a company who create displays with advanced, tactile haptic feedback.

Their technology adds an extra level of depth to touch-feedback; rather than just vibrating the device in your hand, the image displayed on screen can work in tandem with different levels of feedback, giving the impression of touching objects in a 3D space, or objects of different textures.

“Unlike effects created by mechanical vibration and piezo solutions, Senseg is silent. Moreover, with Senseg application developers have precise control of the location and type of effect users experience. What’s more, Senseg technology scales from touch pads, smart phones and tablets to the largest touch screens without increasing manufacturing complexity.”

It all sounds to have that “magic” touch that the late Steve Jobs was so keen on.

Indeed, the Apple invite, inviting the industry to look at “something you really have to see. And touch” suggests this may prove true. If Apple truly have employed the Senseg tech, and brokered a deal that makes it an Apple exclusive, it’s further going to separate the Cupertino company from a pack of manufacturers still very much lagging behind in the tablet race.

With only a few hours to go until Apple reveal their next big thing, we wont have long to find out if the rumours are true. We’ll have a full run down of all the news live tonight, so keep your eyes on Tech Digest for all the facts.