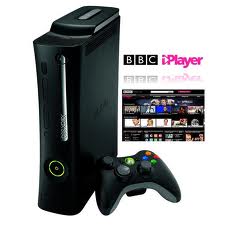 BBC’s iPlayer video-on-demand catch up service is now available through Microsoft’s Xbox 360, bringing the last piece of the video streaming puzzle to the console.

BBC iPlayer now sits alongside Netflix, Channel 4’s 4OD and Crackle (amongst others) on the Xbox 360, which is becoming a comprehensive home entertainment hub. Until now, only the Wii and PS3 games consoles (not including the numerous mobile, tablet and connected TV apps and browser based versions) had access to the Beeb’s iPlayer, and was seen as a significant gap in the Xbox 360’s video repertoire.

Previously, the BBC and Microsoft had wrestled each other over putting the iPlayer app behind the Xbox’s Xbox Live Gold membership subscription. But we’re happy to report that both companies have come to an agreement that allows the iPlayer app to be accessed by Xbox 360 owners regardless of whether or not they pay for an Xbox Live subscription.

Unlike other versions of iPlayer on other platforms, the Xbox version makes use of the consoles unique Kinect sensor abilities, allowing you to browse shows with voice and motion controls.

The app also uses adaptive streaming techniques, similar to those seen in Netflix, switching on the fly between HD and SD quality streams dependant on your broadband connection speed.

Available now, browse the Xbox 360 app marketplace to pop it onto your console.