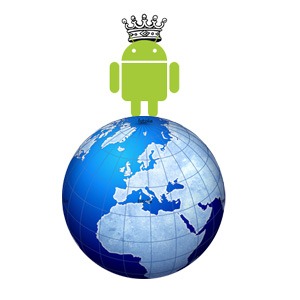 The Android smartphone assault continues to go from strength to strength, with new stats published by Gartner today revealing that Google’s mobile OS now accounts for over half of the total smartphone market share.

The smartphone market made a big jump in growth during Q4 2011, with a 47.3% year-on-year increase seeing smartphone sales hit the 149 million units mark in the last quarter of last year.

This massive leap saw Android gain 50.9% of the market share, a jump of 30.5% compared to the same period a year earlier.

However, it’s not great news for the entire smartphone market. If someone’s gaining smartphone market share then someone else is inevitably losing it, and Nokia’s Symbian OS saw one of the largest slides, dropping to 11.7%. Regardless, Nokia remain the most successful mobile vendor overall thanks to their budget and feature phones continuing to sell well worldwide.

ZTE and Huawei posted great successes too, as the fastest growing vendors after Apple.