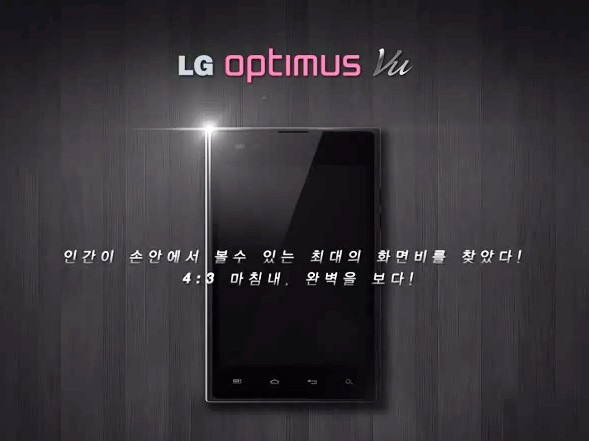 If LG are looking to take on Samsung’s Galaxy Note in the giant phone stakes, they’re sure going about it in an unusual way. The Korean arm of LG have just revealed a teaser for an LG Optimus Vu phone.

So what’s so strange? Well apart from the giant 5-inch screen, how about the boxy 4:3 aspect ratio? Said to be running Android 2.3, Lord only knows how many apps will be compatible with its unconventional screen size, or will be stretched and skewed out of all recognition.

However, LG state that the size is more comfortable in the hand than regular widescreen handsets, so we’ll give them the benefit of the doubt…for now.

Quite the oddity, we’ll have more news on the Vu as it trickles in.