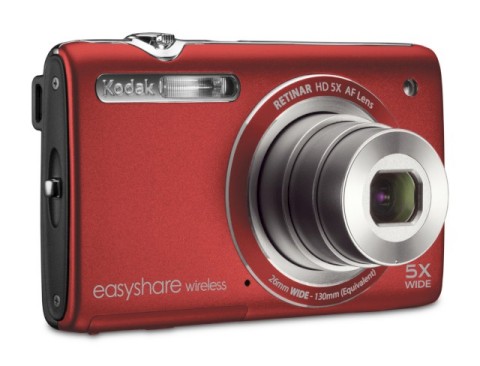 After a gruelling period of decline, Kodak last week were forced to file for Chapter 11 bankruptcy protection, leading many to wonder about the future of the company and, in many cases, just what was going to happen to the much-needed consumable products that Kodak’s gear needed, such as printer cartridges.

“After considering the advantages of chapter 11 at this time, the Board of Directors and the entire senior management team unanimously believe that this is a necessary step and the right thing to do for the future of Kodak,” Antonio M. Perez, Kodak chairman and CEO stated.

“Our goal is to maximise value for stakeholders, including our employees, retirees, creditors, and pension trustees. We are also committed to working with our valued customers.”

That customer commitment has been backed up today by a statement from the Kodak UK team, who confirmed to Tech Digest that it was very much “business as usual” for the British arm of the veteran camera makers:

“The Kodak UK team is still very much in business and we are going full steam ahead with our planned activity,” said the Kodak spokesperson, who also settled loyal Kodak customers’ fears by explicitly stating there would be no changes made to the distribution of consumables in the wake of last week’s news.

“The launch of the EASYSHARE Wireless Camera M750 marks the perfect union of the smartphone and digital camera,” said Phil Scott, Vice President of Digital Capture and Accessories.

“The two technologies are now married to bring consumers the best experience from capture to share. Socially savvy users no longer have to compromise on image quality, now we can take great pictures and share instantly.”

Available in silver and red for £129.95, it’ll be hitting all major photography retailers in the Spring.