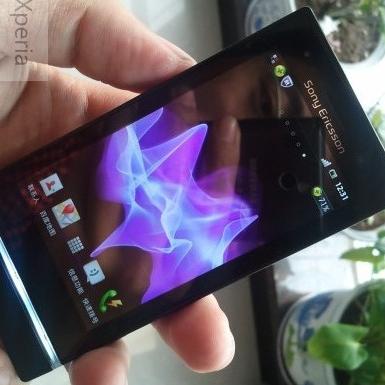 Sony’s Xperia Kumquat handset has popped up online once again, this time showing itself far more clearly than the blurry leaks that preceded it.

With a similar bright-strip notifications bar to the Xperia S, the Kumquat is said to be a little thinner than and with a lower resolution than the Xperia S.

As previously reported, the handset is thought to be powered by a 1GHz NovaThor U8500 CPU

The handset was first spotted among a group of 11 Sony mobiles expected to hit MWC 2012 next month. As well as the Kumquat, the group included codenamed handsets like the Atlas, the Mint, the Affm, the Lotus, the Olive, the Tapioca and the Nypon.

We’ll have more on the Kumquat we expect during MWC 2012 next month, where the handset it expected to make its official debut.