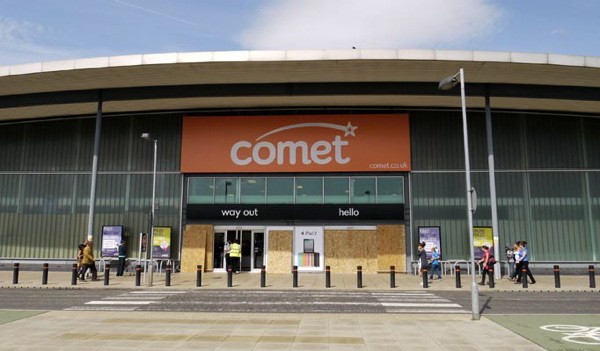 Now here’s an unexpected and downright criminal move from struggling electronics retailers Comet. They’re being accused by Microsoft of producing and selling some 94,000 forged copies of Windows Vista and XP recovery discs out of a factory in Hampshire.

Microsoft are now looking to sue the retailer, aiming to recoup licensing fees for each copy sold.

“Comet’s actions were unfair to customers. We expect better from retailers of Microsoft products – and our customers deserve better, too.”

In Comet’s defence, they are now claiming the actions were carried out with “the very best interests of its customers” at heart. The retailer has stated that, as Microsoft has stopped supplying recovery discs, they felt that it was easier to supply their customers with the forged discs than to leave them with the sometimes-difficult process of figuring out partition-based recovery systems.

“We note that proceedings have been issued by Microsoft Corporation against Comet relating to the creation of recovery discs by Comet on behalf of its customers.

“Comet has sought and received legal advice from leading counsel to support its view that the production of recovery discs did not infringe Microsoft’s intellectual property.

“Comet firmly believes that it acted in the very best interests of its customers. It believes its customers had been adversely affected by the decision to stop supplying recovery discs with each new Microsoft Operating System based computer. Accordingly Comet is satisfied that it has a good defence to the claim and will defend its position vigorously.”

It’s the latest in a growing list of problems Comet face. Facing tough times in the depressing economic climate, Comet was sold to an equity company for a paltry £2 at the tail end of last year.

Makes you wonder why they don’t start selling bootleg DVD movies too; they sell like hot-cakes, 3-for-a-fiver, down my local market…