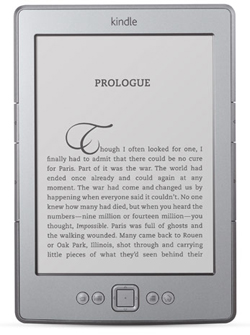 Over Christmas more than 1.33 million Brits received a shiny new Kindle. However, it seems that just over a month later many of us have discarded our fancy eReaders like a sad, abandoned puppy we can’t be bothered with anymore. Awh.

According to a study carried out by leading discount website MyVoucherCodes.co.uk, 48% of respondents revealed they’d received a Christmas gift that they haven’t used since opening it up on Christmas day. From those, a huge 22% admitted to having not used the Amazon Kindle they received for Christmas from a loved one Strangely, of those that admitted to not playing around with their Kindle yet, 52% simply said it’s because they hadn’t downloaded any books to read on it yet. How. Lazy.

In future guys, remember a Kindle is for at least a few years, not just for Christmas.