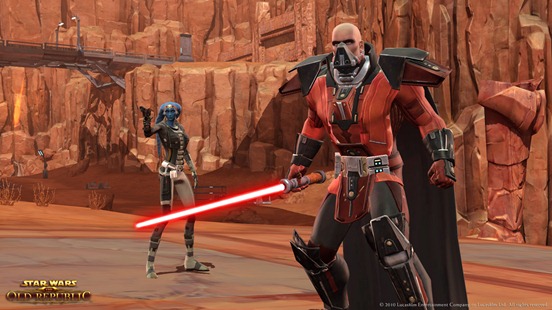 It was announced what feels like a long time ago, in a galaxy far, far away, but Star War: The Old Republic has finally left beta testing and gone live for the masses. The MMORPG set in George Lucas’s sci-fi galaxy had originally been tipped for a December 20th launch, but has seen its servers switched on today instead, a full two-days before its eventual December 15th retail release.

That means that those who pre-ordered the game using publisher EA’s Origin download platform can now start force pushing and light-sabre swinging.

BioWare co-founder and GM of its MMO business unit Dr. Greg Zeschuk said: “We are extremely humbled by the surge of players who have joined us on this journey and participated in the Beta Weekend. Their participation has given us the opportunity to stress test the game and allowed us to tune the experience, ensuring that we deliver the smoothest possible MMO launch later this month.”

The World of Warcraft rival comes with 30 days worth of free access to the game, after which players will have to sign up for a subscription in order to continue playing. The price breakdown starts at £8.99 each month, £25.17 for three months and goes up to £46.14 for six months.

One thought on “Star Wars The Old Republic servers go live: Game on for fans of the Force”