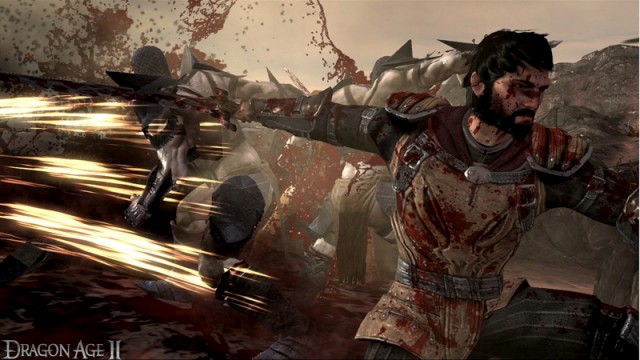 While all eyes may currently be on BioWare’s Mass Effect 3, the final part of their space-faring role playing game that sits just over the horizon, the RPG stalwarts are preparing to turn their attention to the Dragon Age series once more. And according to studio head Ray Muzkya, Dragon Age III will be taking a fair bit of inspiration from the best-selling The Elder Scrolls V: Skyrim.

“[The next Dragon Age] is going to have the best of features from the prior Dragon Age games, but it’s also going to have a lot of things I think players are going to find compelling from some of the games that are out now that are doing really well with more of an open-world feel,” Muzyka told Wired.

“We’re checking [Skyrim] out aggressively,” he continued. “We like it. We’re big admirers of [Bethesda] and the product. We think we can do some wonderful things.”

Though the first Dragon Age game, Origins, was critically acclaimed, Dragon Age 2 met with a lukewarm reception this year thanks to its more linear structuring and focus on repetitive, action-over-tactics combat. An open world feel may be just what the doctor ordered.

Other recent Dragon Age rumours include potential multiplayer content, both competitive and co-operative as with that which will appear in Mass Effect 3, and the ability to control dragons.

As yet, no official announcement has been made on the development of Dragon Age III, but these comments from Muzkya seem to suggest work is most certainly underway.