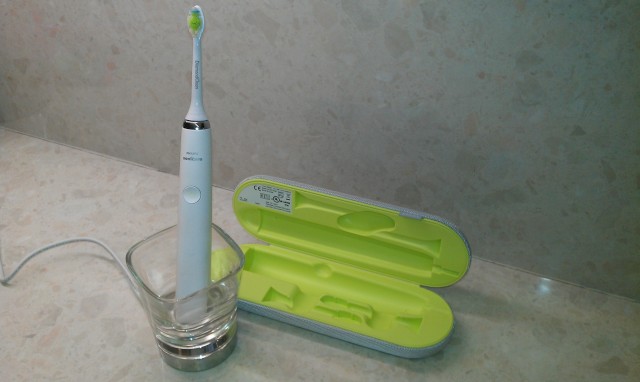 Can you covet a toothbrush? That’s a question Philips are hoping to answer with a resounding “YES” with their latest electric brush, the Sonicare DiamondClean. Packed full of teeth-tidying features, it’s about as techy as a toothbrush is ever going to get, and as expensive too. But is it worth the £250 asking price? Read on to find out. 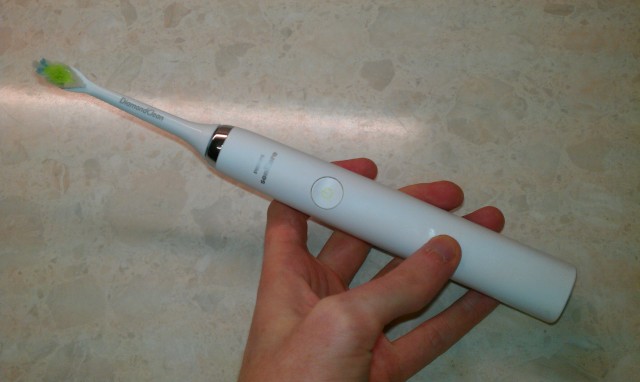 Though far thicker and a good inch longer than your average manual toothbrush, the DiamondClean is an attractive bit of kit, in so far at least as a toothbrush can ever be attractive. With an oblong handle that features a power/mode select button and an illuminated display to indicate which of the brush’s five cleaning modes you’re currently using (as well as battery charge levels), it tapers off at the neck into a thin, slightly angled head. It feels a little heavy in the hand, but never uncomfortably so, with much of the weight likely made up of the motor system inside and the impressive rechargeable lithium-polymer battery, which is good for 3 weeks of regular usage from a single overnight charge. The brush head (of which two are included) snap satisfyingly on and off, making it easy to hygienically share the DiamondClean with your partner providing you each grab your own head piece. 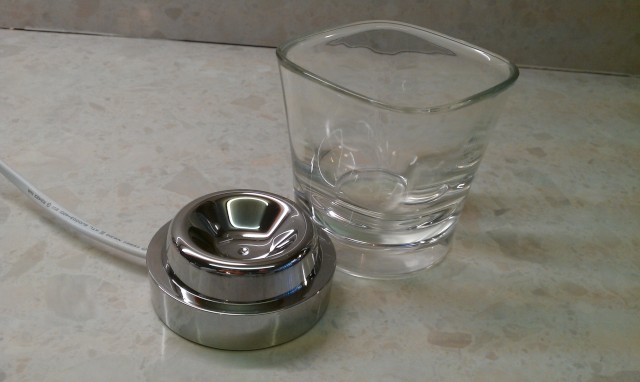 The DiamondClean looks great on a bathroom shelf, and that’s not least of all down to some premium extras thrown in. As well as the brush itself, heads and charging cables, the DiamondClean package also includes an eye-catching silver travel case and a nicely cut glass tumbler with a silver base unit that it rests in.

There’s more than meets the eye with these two add-ons however, as both are used to wirelessly charge the DiamondClean. Using an inductive charging system similar to that found in Powermat chargers, simply placing the brush into the glass resting on the base unit (with the base unit plugged into a wall socket) charges the DiamondClean. With the green-lined travel case, it’s a similar principle, lying the toothbrush down inside rather than standing it up, and connecting the case via a USB connection on a PC or laptop to charge the brush. Though it may initially sound silly, the USB support is actually a nifty addition; anyone who regularly works while travelling on trains or planes will be able to conveniently charge the brush at the same time. 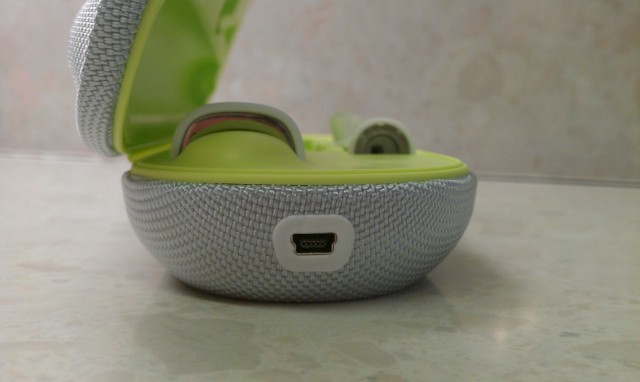 If you’ve only ever used a manual toothbrush, how clean your teeth feel after using the DiamondClean will be a revelation. Your teeth feel remarkably polished and genuinely “squeaky clean” afterwards. It’s a strange sensation using the brush at first, causing your teeth to vibrate in a peculiar way, but Philips have cleverly designed the DiamondClean to ramp up the intensity of the cleaning cycle progressively after your first few brushes, letting you get used to the way the brush works gradually. If, once the DiamondClean has hit its regular level of cleaning intensity, you still find it too much, you can choose the gentle “Sensitive” mode instead.

There are 5 cleaning modes programmed altogether in the DiamondClean (Clean, White, Polish, Gum Care, Sensitive), each designed to focus on a particular cleaning process. However, apart from the light touch of the “Sensitive” option, we felt little difference between the modes apart from cycle lengths, and generally stuck with the default “Clean” setting which got the job done fine. 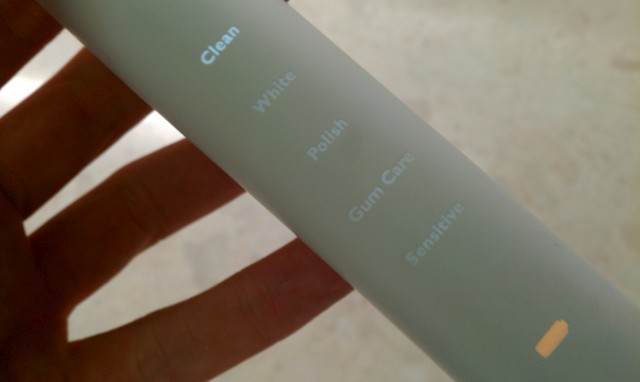 On the “Clean” setting, the DiamondClean uses a 2 minute “Smartimer”, automatically switching off after you’ve brushed for the recommended 120 seconds. This particular timer takes it a little further though, stopping the motor for a split-second at 30 second intervals to help you better judge when to move onto a new area in your mouth. It’s a great way of making sure you’ve brushed each area equally, and for the recommended length of time, considering both over and under-brushing can be just as damaging to the health of your teeth.

For all its bells and whistles though, at the end of the day the most important part of the DiamondClean is whether or not it has the ability to give you a Hollywood smile. And, after around three week’s use (give or take a day) I’ve noticed my teeth look notably whiter. The small, pointed head lets you easily get into the nooks and crannies between your teeth, and while I’ve never suffered from gum disease to know whether or not the DiamondClean has made them feel any healthier, the brush has certainly done a good job of keeping the fleshier parts of my mouth feeling fresh too. 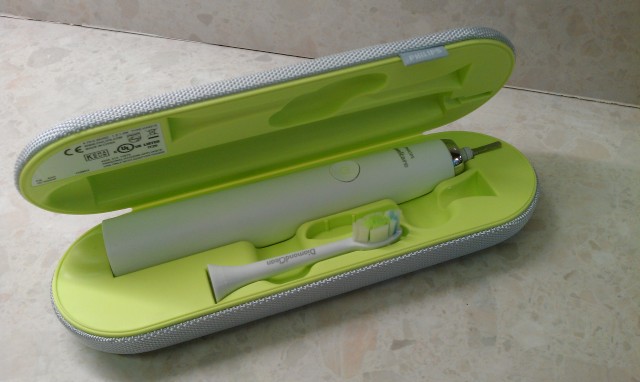 OK, so no matter how hard you try, it’s never going to be easy to get all that excited about a toothbrush. But credit where it’s due, Philips have managed to “tech-up” the humble gnasher polisher into an attractive package that’s made a genuine improvement to the sparkle of Tech Digest’s pearly whites.

The DiamondClean is to toothbrushes what the iPhone is to smartphones. It looks great, has a solid battery, travels well and cleans teeth almost as well as my dentist. Is it drastically better than cheaper alternatives? Perhaps not, but it still impresses with a rich feature list that rivals just cant offer. If money is no option (and you’re hoping to be munching on steak with your own set of molars well into your old age) then the Philips Sonicare DiamondClean is for you.

For the purpose of this review, Tech Digest were given a sample model of the Sonicare DiamondClean electric toothbrush by Philips.