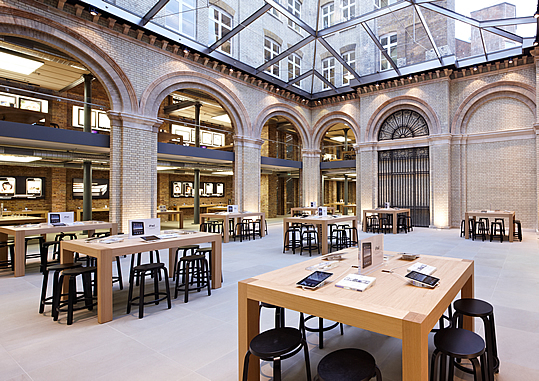 The Apple store located in London’s Covent Garden area was the target of a smash-and-grab raid in the early hours of this morning, leading to two arrests.

Police were called at 1am on Monday morning after one of the store’s windows were smashed by a gang of around a dozen masked raiders riding motorcycles and mopeds.

The bikers, each carrying a passenger, were wearing full-face crash helmets, and are thought to have stolen thousands of pounds worth of Apple goods, including iPads.

Two men were arrested at the scene on the suspicion of burglary, aged 21 and 16 years old.

“Although two men are in custody on suspicion of burglary, the inquiry continues and other persons are sought,” said Detective Sergeant Nathan Tozer of Westminster CID.

“It is essential that anyone who saw the smash and grab, or the suspects making off, contact us as soon as possible.”